In an interview with Lachmi Deb Roy, just a few hours before the Emmy, the actor discusses his life and craft. 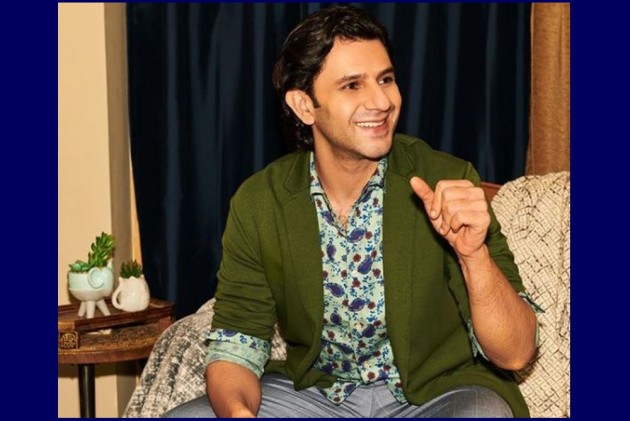 “Seven years back, I never thought that I would be playing a lead role as a gay man in a series that will steal hearts all over the internet and would get me an Emmy nomination,” says actor Arjun Mathur.

Arjun Mathur has been nominated in the Best Actor category at this year’s International Emmys, for his performance in the web-series ‘Made In Heaven’. Mathur talks about his struggle in the industry and finally making a place for himself. In an interview with Lachmi Deb Roy, just a few hours before the Emmy, the actor discusses his life and craft. Excerpts:

How has life changed for you after the Emmy nomination?

Life has not changed much, honestly. I spent about a month responding to a lot of love and messages. But to be honest we are all still trying to pick up our lives and get back to work. Life is still not that exciting since I am spending a lot of time at home.

You are in the industry from 2002, it took you a while to get noticed. How have things changed after the success of ‘Made In Heaven’?

This is actually a bad time and there are not many projects that people are developing and greenlighting at the moment. It is not a great time for offers to come my way. I have three projects in hand and we are trying to figure out how we can get those on the floor. Actors are anyway going through a lot of insecurities and the pandemic has added to it. ‘Made in Heaven’ Season 2 team is trying to figure out as to when they are starting. There is a feature film called ‘Lord Curzon Ki Haveli’ with Rasika Dugal.

When the offer was given to me and I was told that I am going to play the role of a gay man, I shared by immediate reaction with Zoya Akhtar saying that I was not sure if I want to do this for the third time in my career. But when I took the script home and read it, I was so excited to be on-board.

The writing was handled very responsibly, so there was actually very little by me and I was also briefed by my director about how they wanted me to play this. My responsibility was to perform authentically and realistically feeling the truth of that emotion. If the role played by me comes across as responsibly made, then the credit should go the script and the freedom given to me to play as naturally as possible.

Your journey in the entertainment industry…

I started in 2002 as an assistant director. The first few years were like my education and it has been a priceless experience getting to watch some amazing actors at their work and has helped in forming my own work style. I started acting since 2007 and it has not been easy. Right at the beginning of my career, I did a couple of short films which were based on a social cause. Then came a time when I started finding myself getting slotted a little bit when commercial Bollywood films were concerned and so I started focusing on independent work which I felt would reach a wider audience and perhaps internationally, as well. But at this point, I feel I am very lucky about how my journey has been. I think I was fortunate enough to overcome obstacles and found my way and place in the entertainment industry. I feel it is only because of every choice and every event in my life that I have gone through, is the reason where I am today.

Being mistaken as a gay man in real life…

I have heard of people asking my friends if I am actually gay or am I straight. It makes me feel that I have done a great job.

Message to the youngsters…

I wish I was the one who could give hope regarding the larger situation of the world today, but sadly I am not. The hope really lies in people standing by each other during these difficult times.

As for actors, I would say if you believe in yourself and if you feel that you have something special in you that you would like to share with the world, then you must go for it. But at the same time be prepared for a lot of hurdles because there are no road maps here. There are no strategies because what works for one person, may not work for the other person.