I Can Resonate With My Character In Disney 'Spin': Actor Avantika Vandanapu

In an exclusive interview with Outlook’s Eshita Bhargava, Avantika Vandanapu talks about ‘Spin’, her journey, representing the South Asian community, and much more. 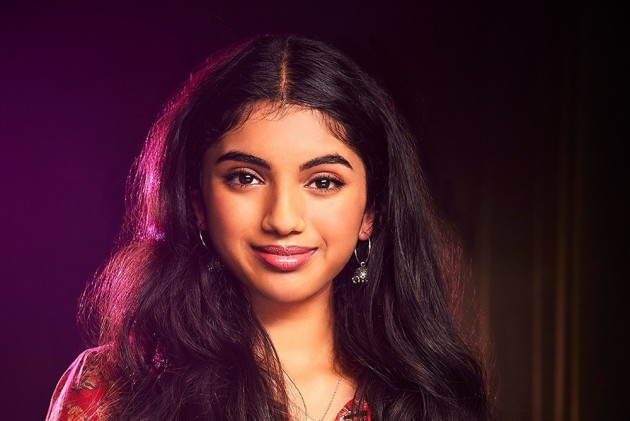 Disney Channel's ‘Spin’ starring Avantika Vandanapu as Rhea, an Indian American teen who learns she has a passion for creating DJ mixes that blend the textures of her Indian heritage released on August 13. ‘Spin’ is Disney Channel’s first original TV film featuring an Indian American lead and it taps into a new generation of immigrant experiences.

In an exclusive interview with Outlook’s Eshita Bhargava, Avantika Vandanapu talks about ‘Spin’, her journey, representing the South Asian community, and much more. Excerpts:

Tell us something about ‘Spin’ and your character in it.

Want To Share Love, Inclusivity, And Self-Acceptance Through My Music: French Singer Yseult

‘Spin’ covers the journey of Rhea Kumar - an Indian American teenager coming of age and discovering her passions. Rhea struggles to juggle family, friends, responsibilities to her family's restaurant, coding club, and her newfound interest in music - reignited by Max. Throughout the film, Rhea will learn the importance of prioritizing, keeping her morals, juggling various things on her plate, and aiming for the stars. It's a beautiful, empowering story about a young girl who aspires to be a musician - and how she goes about it!

Rhea is a bubbly, determined, and extraordinarily loyal person. She is definitely relatable in the sense that she's struggling with confidence and having trust in her capabilities - an obstacle many teenagers face. Her love for music and her perseverance is inspiring - and I hope that those qualities will motivate viewers to take a leap of faith when it comes to pursuing their passion! 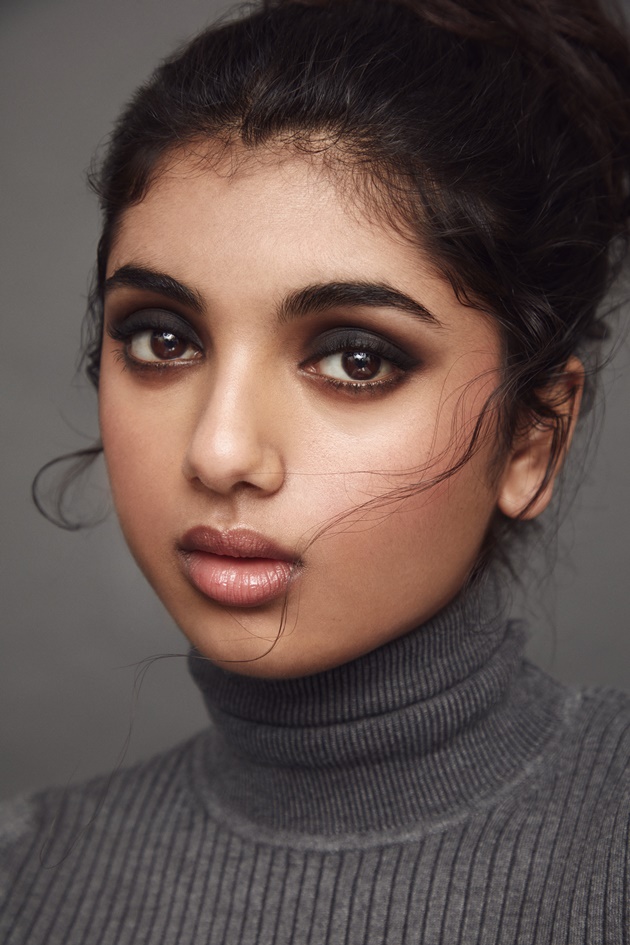 How does it feel to associate yourself with a Disney Channel movie?

I am elated. Like any other kid, I grew up watching Disney Channel movies and it was always a dream to be a Disney star. I used to imitate doing a Disney wand in front of the mirror in my room. I have never seen an Indian girl in Disney Channel shows or movies to identify myself with. I feel so proud and blessed today to associate myself with Disney and am grateful to all the team of Disney to have given us the opportunity of being able to inspire a lot of girls like me through ‘Spin’.

How did ‘Spin’ happen?

My audition process for ‘Spin’ was a little unusual. I first auditioned for the project when I was 12 years old - it was my very first audition for a Hollywood movie! During that year, however, the movie went on hold as it was being developed and enhanced to be as authentic as possible. ‘Spin’ came back early last year - and I auditioned for it again. I went through the standard process of an audition, call back, and a producer's session. But my experience was slightly unique due to how full circle my entire journey ended up being!

Do you this film will be big for the South Asian community, in particular? How?

I am so happy and excited to see them turn the industry has taken in regards to South Asian portrayal. With movies like Sound of Metal and, now, ‘Spin’ - and shows such as Never Have I Ever - we are seeing an improvement in the way South Asian stories are being told. We are still at a point in time where we can count the number of times South Asians have been positively showcased in Hollywood on our hands - but hopefully, these projects will pave the way for many more to come.

Did you relate to the film in any way? Or your character Rhea?

I relate to Rhea because we both have similar work ethics, morals, and loyalties. We are fiercely loyal to the people we care about - and will do anything to help and support them in whatever they are going through. However, our approach to life and sense of humour varies immensely. Rhea has quite a practical approach to the things she faces - whereas my mechanism to dealing with obstacles is a little more chaotic and "go with the flow" - combined with an awful amount of anxiety. My sense of humour also differs from Rhea because I'm a lot more sarcastic and dry - while her jokes are slightly goofier.

Throughout the film, Rhea embraces her heritage through the food she eats, her clothing, and the music she creates while also trying to prove herself as a daughter, student, friend, and DJ. Throw some light on it.

‘Spin’ covers the journey of Rhea Kumar - an Indian American teenager coming of age and discovering her passions. Rhea struggles to juggle family, friends, responsibilities to her family's restaurant, coding club, and her newfound interest in music - reignited by Max. Throughout the film, Rhea will learn the importance of prioritizing, keeping her morals, juggling various things on her plate, and aiming for the stars. It's a beautiful, empowering story about a young girl who aspires to be a musician - and how she goes about it!

Some behind-the-scenes fun moments that we won't be seeing in the film?

One of my favourite filming memories was shooting the montage sequence with Michael Bishop - who plays Max in our film. We had so much fun just playing around, giggling, and improvising things to do in vivid, dynamic shots! We hung out and explored Canada as much as we could! Due to COVID, we were in our own bubble - so we took advantage of that as much as possible. While still maintaining safety restrictions, we played board games, watched movies, and made and ate lots of food together! 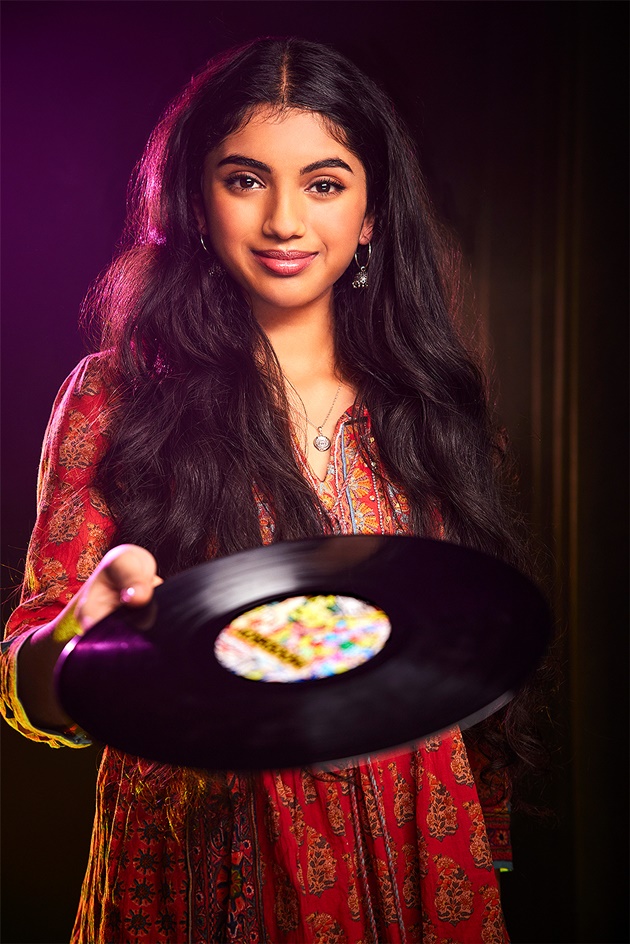 How do you manage your studies and work?

My dad always tells me that work expands with the availability of time. So, while I am juggling in real life between studies, acting, dance lessons, and music lessons, I have learned a lot of life lessons. My time management skills and my ability to deal with stress have improved significantly! My move to LA also helped very much. Having a community of actors who are juggling cinema and academics makes you feel less alone in your struggle. I have amazing friends and mentors guiding me - which makes my educational process so much easier to manage.

You got famous in 2016 with ‘Brahmotsavam’ and for your dancing, how has the journey been so far?

With God’s grace and my parent's blessing, my journey has been great so far. After doing some national commercials (like Fortune Oil) and about 10 more movies after ‘Brahmotsavam’, I wanted to up my game and improve my craft and learn advanced acting techniques. So, I moved back to Los Angeles, US, and trained intensively in acting and dancing. I auditioned for several different lead roles in Hollywood while training. I consider myself fortunate to have been working continuously since I came back to the US and challenging myself in a variety of roles in Mira, Royal Detective, and Diary of a Future President. 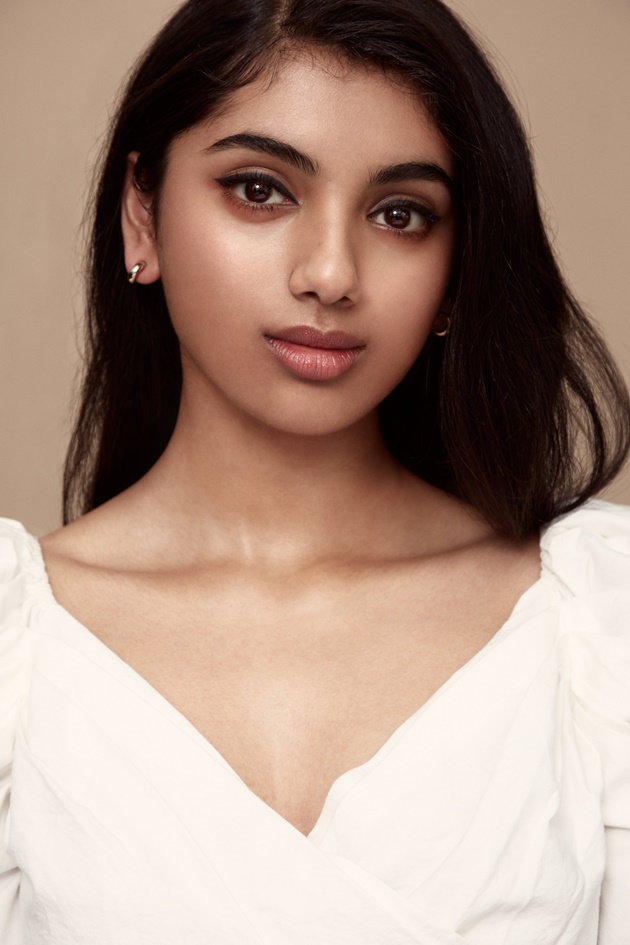 What's next? Are you planning to experiment?

I have just finished shooting for a Netflix Movie called 'Senior Year' with comedy actress Rebel Wilson. And also, I have recently purchased the rights of a New York Times Best Selling Novel for producing a film. So, I will be working on it along with my acting endeavours. I would like to do movies that challenge me not only as an actor - but also contribute to society. With such an oversaturation of content in this day and age, I would really like to put my effort into producing movies that will make a difference.