'I Consider Myself As A Working Actor With A Normal Life,' Says Konkona Sen Sharma

Actress Konkona Sen Sharma starrer and Aparna Sen’s directorial ‘Rapist’ to be Premiered At The BIFF. 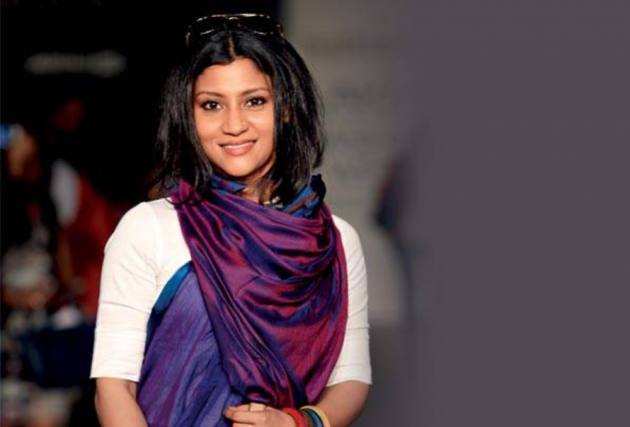 Actress Kokona Sen Sharma never raced to be a mainstream Bollywood actress. She never shied away from saying that it’s a privilege being Aparna Sen’s daughter. As Aparna Sen’s directorial, ‘The Rapist’ makes it to the BIFF (Busan International Film Festival, Outlook catches up with Konkona where she speaks how her entire upbringing revolved around art and culture.

On being asked how it feels to be a part of the entertainment industry Konkona says, “I don’t feel like a mainstream A-list Bollywood actor. I don’t even know if I have made it in Bollywood. I just enjoy my work and I consider myself as a working actor with a normal life.”

Konkona mentions, “My grandfather, Chidananda Dasgupta was a film critic. He directed some documentaries; feature films and he was a film historian too. He co-founded the Calcutta Film Society (CFS) with Satyajit Ray. My mother is a film director, actor and editor of a magazine. So, I have actually seen this life since I was a kid. I have been going to studios and I have seen shootings since I was a child. I have absorbed so much from my family that I feel I come from a huge position of privilege. So, it was very easy for me in many ways. And all of this influenced my upbringing, my taste, my aesthetics and my understanding of cinema hugely.”

Konkona never wanted to be an actor, but since her mother was a mainstream actor, she used to sometimes accompany her for shoots. When she was about four-years-old she had accompanied her mother for a shoot and they needed a little boy for a role and as the crew couldn’t find one, her hair was cut and she performed in the film. She says, “I was always told that I am a good actress, though I never took anybody seriously. Somehow it happened to me and eventually I accepted it. I consider myself to be very blessed and privileged.”

When Konkona ventured into direction, her mother was of big help. She explains that being a director can be sometimes stressful, sometimes frustrating, sometimes rewarding and sometimes exhilarating. She says with a childish giggle, “I would call her every second day with hundreds of questions and she would answer all of them patiently. I would constantly consult her all the time.”

Konkonna was recently seen playing the role of Chitra Das, a social service director of a government hospital in Mumbai for ‘Mumbai Diaries 26/11. Talking about the popularity of OTT platforms she says, “OTT platforms were amazing because of the certain freedom we had in terms of format. You could do features, mini-series, short films, documentaries. I am totally against censorship of any kind. I feel that as Indian citizens who vote, we have the right to choose our own leaders. We have the right to decide what we want to watch, who we want to love, how we want to live our lives and what we want to eat. These are liberties and choices which shouldn’t be taken away from us. If we are unable to comment on reality then what are we depicting in films, then we have to say… “Oh! Everything is so nice. We have the best country, the best government, the best infrastructure… Why do we have to say that?”