My Filmography Would Have Been Thrice Of What It Is If I Had Accepted Offers After ‘Raazi’, ‘Haider’ Or ‘Kesari: Ashwath Bhatt

In an interview with Outlook, actor Ashwath Bhatt talks about his debut in Tollywood, his filmography and his role in the recently released web series ‘Cartel’. 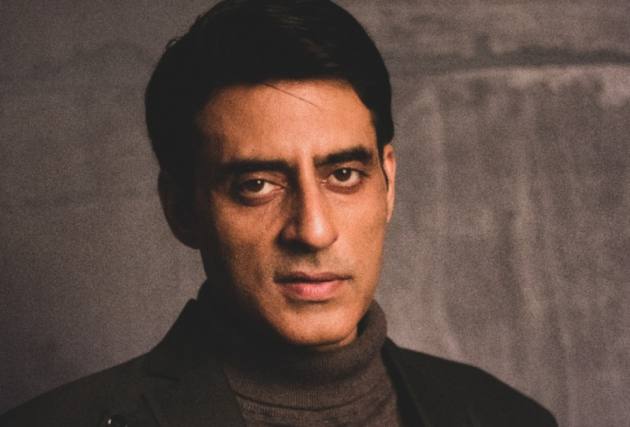 You have been an integral part of successful projects like ‘Raazi’, ‘Kesari’ and ‘Haider’, how’s your journey so far in the industry?
Like everyone, I have had my share of ups and downs. But the satisfaction I have is that I never became a part of the rat race of the film world. Thank God I had the courage to say 'No' from the very beginning. At the same time, I would be a hypocrite if I don't accept that I have a huge hunger to play challenging roles. Looking at myself, playing different characters with varied looks does give me a high.

Tell us about your Tollywood debut and how was it working with Hanu Raghavapudi?
I have been getting offers from Tollywood for the last 10 years. Sometimes I didn't like that the script or film were shelved after 50% of the shoot. Some projects didn't take off. But I believe everything happens at the right time if one is persistent. I have had amazing rapport with Hanu from the first minute we met. He is open to suggestions and knows what he wants from his actors and that brings a lot of confidence to me while I am executing his vision. The production team is also lovely.

You have played versatile roles from a terrorist to a military officer, how hard is it for an actor to not get boxed among the competitive nature of the industry?
My filmography would have been thrice of what it is if I had accepted whatever was offered to me after ‘Raazi’, ‘Haider’ or ‘Kesari’. It is very hard to fight typecasting. I don't understand why casting directors want to play safe. It is really boring for the audience to see an actor play the same role again and again. I would say at least offer a different shade of the same character I have played before but they just want to fit you into a box and kill your joy of acting. Money has never been a driving force for me so I consider myself absolutely fortunate to have courage to choose what I want to play.

Digital entertainment is now running parallel to the other mediums and booming like never before. What are the basic key points you keep a check on while choosing a script for OTT and for the big screen?
First thing of course is the role. Then who directs it and what's the production value. I always look if I can explore myself as an actor in the realms which didn't happen earlier in my career. In the coming films, I am playing a history sheeter from U.P in one film, Ramleela artist, in another and in one, (I am playing) a real life dictator, about which I am really excited. I play a gay don in ‘Cartel’. People were shocked to see me in this new avatar (chuckles).

You had a hard time during the second wave of the pandemic, what changes did it bring to you and what other understanding you developed during the time?
Honestly, it's been one of the worst times of my life. It was very traumatic to see so much death in such a short span of time. It brings up existential questions and makes you think about the essence of life. This time has made me more aware about the priorities of life and more respectful towards the time.

What is the acting process for you, how do you feel minutes prior to starting to be someone else on camera?
If you have done your homework properly then it's not difficult. But I must acknowledge some days are difficult for various reasons, last minute changes in the way a scene has to happen does throw a challenge. Normally, I keep my imagination fluid as many times what you imagine and how the director wants to shoot can be diametrically opposite. In theatre we go through a rehearsal process but film means doing the same thing in a very short span of time. That's why as an actor I need to keep upgrading my craft and developing skills. It's a lifelong process.

As an actor, what are your deepest desires for a character that you want to play someday?
I really want to do a classic comedy like Golmaal and portray a character like Ram Prasad (Amol Palekar ji was amazing) and also do an absolutely brutal, negative character. I am sure the latter will definitely come to me for my intense looks. But deep down, I am an absolute nut, a clown!