I Had Elephants Stomping In My Stomach: Pooja Bhatt On Her Comeback Show ‘Bombay Begums’

21 years is a long time, actor Pooja Bhatt says on coming back to acting with web series Bombay Begums 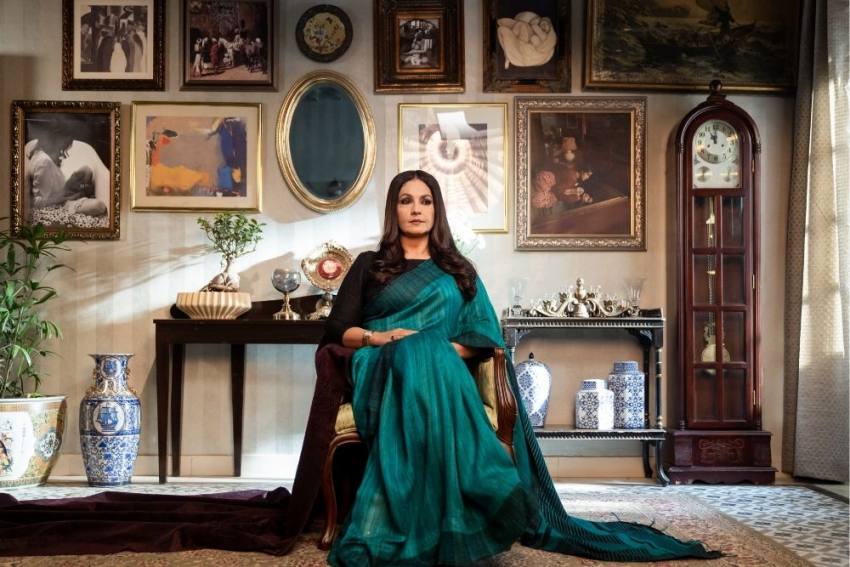 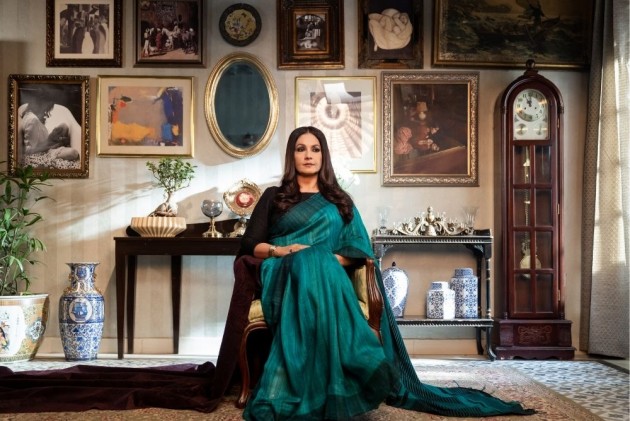 In a candid conversation with Outlook’s Lachmi Deb Roy, Pooja Bhatt talks about her comeback to acting with ‘Bombay Begums’ after 21 years, playing the role of a stepmother, navigating into the big boys’ club of producing films, her own battle with alcoholism and also coming out of it. Excerpts:

I think my 21 years of staying away from being an actor and someone who was grappling with holding and losing stardom and being behind the camera has made me think that it’s time to get back to acting again. Somewhere when you lead a life that is true, somebody notices that picks that up. And I am glad that Alankrita Shrivastava, the director of ‘Bombay Begum’ liked my past work and came to me with the role. She wanted me to play the part that she had lived for so long. She wanted the character to have a combination of strength and vulnerability. I think the lives that you lead get communicated. Being true to myself has always been important to me because success is always interpreted by other people. While ‘Rani’, the character that I play in ‘Bombay Begums’ is not very like me in terms of responses to things, like if I compare what she is going through with menopause, she is in complete denial about that to anybody else who wants to give her a helping hand. Fatima’s character tried to help, but she slapped that hand away.

In one place ‘Rani’ is asked how do you manage being a CEO and a mother? To which she says that sometimes she fails and sometimes she succeeds. I think that is very much like my character because there are days when I get it completely wrong and there are days when I get it right. In some of the scenes, she is a lot like me, yet she is not quite like me. I think we all draw from our lives when we are playing a character even though we might not have had that first-hand experience.

The world of production, how difficult was it?

Stepping into production was like getting into the big boys’ club and I was told, you are a commercial actor and you have your best years ahead of you. So why do you want to give that up and start making movies? It was in fact considered suicidal. But I thought it wasn’t wise to keep waiting for the right role to come to me. Navigating a man’s world in that sense in the entertainment industry where I really had to put in a lot of effort to deliver films ‘Zakhm’, ‘Tamanna’, ‘Dushman’. Even after winning two National Awards it was still not enough for the industry. Then people in the industry said that she makes the typical art films. It was only after I made a hit film which made money, then people started taking me seriously and thought that I am here to stay. Being a filmmaker was a big struggle and navigating and making films in the male dominated world helped me to play this kind of boss lady called ‘Rani’ in Bombay Begums.

The offer to play the role of Rani came directly from Alankrita. She made it very clear that power doesn’t mean that you need to scream. ‘Rani’ is one lady who doesn’t want to let go of the power that she has and the position she holds. That’s why she has all these shields and masks that she dawns. My favourite poem by Eliot, “To prepare a face to meet the faces that you meet” and I think Rani does a lot of that. She has got the mask for her junior, for her lover and she has got a mask when she is having a board meeting. And yet there is a deep vulnerability and a child somewhere which is not being attended to by herself.

Finally, she wins the heart of her 12-year-old stepdaughter from whom she desperately wants recognition throughout the entire show. Ironically her relationship with her stepson is pretty hunky-dory initially, but when the news of her affair is out, he is the first one who calls her immoral. It is her 12-year-old stepdaughter who comes to her rescue and says that it's your body and you can sleep with whoever you want to. So, wisdom comes from unexpected quarters and who you think is actually routing for you is actually not because they are more concerned about themselves. It’s a very complex character and it came across so well because Alankrita has lived her character for so long and knew who ‘Rani’ was. Alankrita knew exactly what Rani would do next and about her likes and dislikes. She took care of finer details about how she would hold the cup and what would be in that cup. The setting of Rani’s house is also done in such a way keeping in mind the nuances of the character and this made my work as an actor much easier.

I was simply terrified on day one of my shoot and then I had this in the back of my mind that the lines under my eye shouldn’t show. I had elephants stomping around in my stomach because 21 years is a long time that I had not faced the camera. And just because you have been behind the camera doesn’t mean that you can go out there and say, “Mein Toh Chutti Kar lungi saab ki”. I think that is an idiotic attitude to have. It was like going back to school in a class and I hoped that I would pass. Every day was this thing playing in mind that have I done okay and am I going to pass? To sum it up it was terrifying and yet very liberating.

For me I come from a home where my father has been married for the second time and very often, I used to look at Soni Razdan, my stepmother and my heart used to go out to her because you know when this tag of step mom is thrust upon you, it’s not very fair. Either the people around you expect you to have this very loving relation or they expect you to hate each other. The middle path doesn’t really happen. I had that living example.

For Rani, I don’t think she looks at it like that. She believes that children are hers and at the same time she is not trying to take over their dead mother’s place. She desperately seeks their acceptance and affection. If the child is yours, you can get mad at them when they are wrong, but being a stepmother doesn’t give you that liberty. You have to tread carefully and be politically correct in that sense which makes the job much more difficult.

I was launched in a film like ‘Daddy’ which deals with father’s alcoholism and my own battle with alcoholism when I came to point where I felt that I have an addiction issue and if I don’t step out and nip the bud right now, I am possibly going to drink myself to the graves. I was able to hold that plug before I got there. I chose to kind of speak openly about my addiction. It’s not that people who don’t speak about it are any lesser than me. The reason why it is called ‘Alcoholics Anonymous’ is because people don’t have the privilege to tell their grievances. I believe asking for help doesn’t make you weaker!