'I'm just excited that 'Coolie No 1' is coming out now. People will have something to watch on Christmas,' said Shikha who will be playing a supporting role 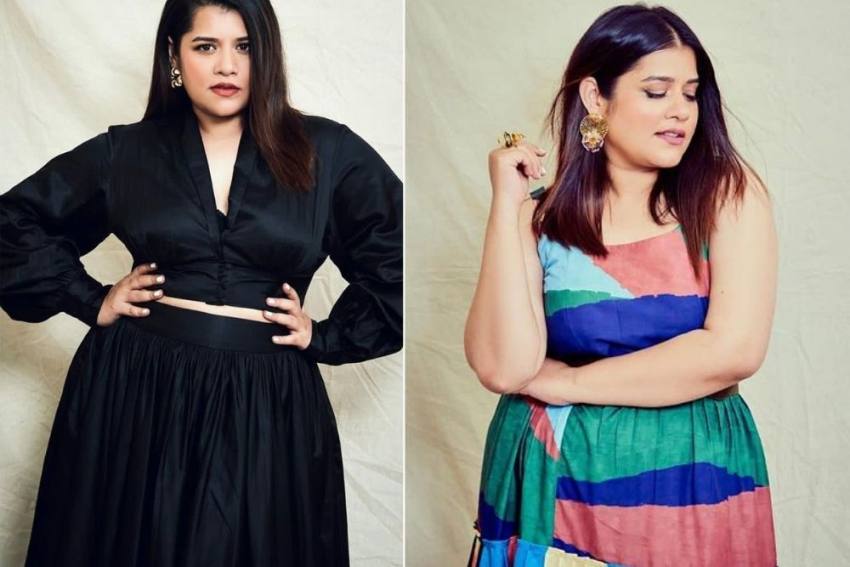 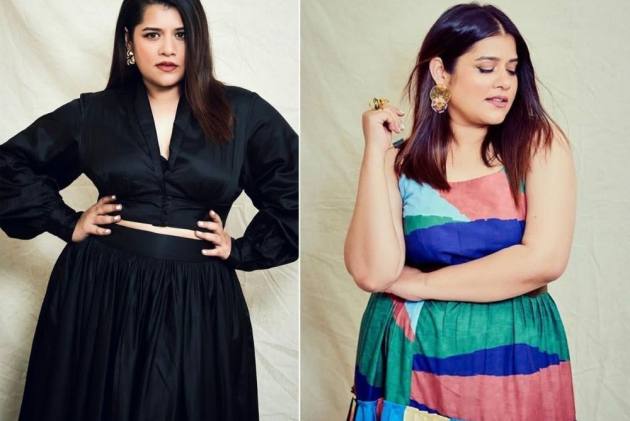 Actor Shikha Talsania, who is looking forward to the release of "Coolie No 1", says she was introduced to the art of comedy at a young age through the stage plays of her parents.

The actor, daughter of actors Tiku and Dipti Talsania, said her regular visits to the theatre instilled spontaneity in her acting approach.

"I saw a lot of theatre; both of my parents are theatre artistes. To see that process of creating magic every night on stage influenced me a lot. It taught me to be spontaneous, instinctive, and breathe with the audience.

"Every night the audience is different. It's a collective experience. Watching all the different actors on stage, including my parents, that's where I think I learnt comedy. It is about how much you can do it with, make it yours," Shikha told PTI in an interview over Zoom.

An adaptation of the 1995 hit of the same name, "Coolie No 1" stars Varun Dhawan and Sara Ali Khan in the lead and is directed by David Dhawan, who also helmed the original featuring Govinda and Karisma Kapoor.

Shikha plays Anjali, sister to Sara's Sarah, and the two are duped by Varun's Raju Coolie, who poses as a wealthy businessman Kunwar Raj Pratap Singh.

The 28-year-old actor, known for films like "Wake Up Sid" and "Veere Di Wedding", said being cast in the modern take was a dream come true especially when her father was a part of the original.

"It was one of my favourite films growing up. I was called by David sir's team. He had called me for another project earlier but I wasn't able to do it as I didn't have dates. Universe conspired so I could be part of this film," she said.

Shikha recalled asking her father, who played Police Inspector Pandey in the 1995 film, for advice when she landed the role.

"I asked him what I should do, how I should prepare. He said, 'Just have fun. It's David Dhawan'. And that was it. We had so much fun on the set, we were improvising.

"That's the fun about comedy when you have actors with you who are trying to create something different from what's written on the page, so much fun to create. The creative freedom was fantastic."

As someone who belongs to the 1990s generation, the actor said revisiting the era through the film was a delightful experience.

"The people who are creating content right now are '90s kids. We want our pop culture that we grew up with to be part of what we are creating right now. We are also the kids that went from cassettes to MP3 players, CD players to now iPods. We have been the transient generation. It was lovely to go back."

Shikha said she has always been "selective" about the kind of work she wants to be associated with.

"I have always been very selective with my work right from the time I did 'Wake Up Sid'. I don't want to play stereotypical parts. The part should connect with me and I need to have fun while doing it."

The actor said she worked the whole of 2019 and some projects that were supposed to come out this year were delayed due to the coronavirus pandemic.

"I'm just excited that 'Coolie No 1' is coming out now. People will have something to watch on Christmas."