In an exclusive interview with Outlook, actor Richa Chadha talks about her character in the upcoming web series ‘Candy’, her efforts to ‘humanise’ her onscreen characters and also explains why she doesn’t like being labelled as a ‘character actor’. 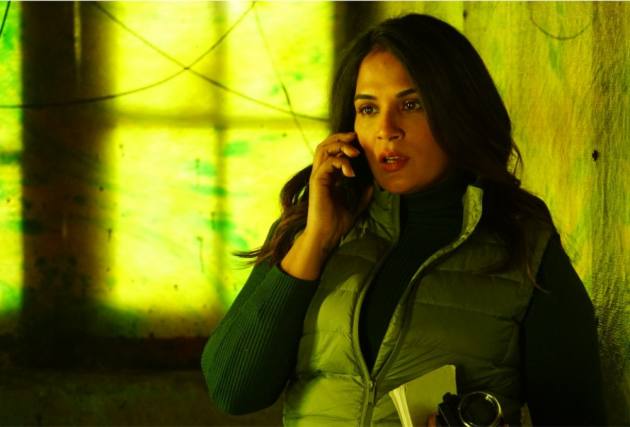 Richa Chadha’s endeavour to “humanise” her onscreen characters over the years have, in her own words, probably resulted in being labelled as a ‘character actor’, especially by the “Indian media”. Chadha admits she is not particularly fond of the term.

“I don’t like the constant reference to me as a character actor. I know they mean it as a demotion and it only happens here in India. You don’t get to hear other actors being called as a comedy actor or a boy-next-door actor, anywhere else in the world,” she says.

However, she does understand the (increasing) popularity of roles driven by content, not genre or star power, especially ever since the emergence of OTT platforms, which she feels has helped bridge the gap between the “nonsensical saas bahu shows and the Hollywood/international web series”.

Chadha will soon be seen in Voot’s thriller series, ‘Candy’, which also stars actors Ronit Roy and Manu Rishi. This is the first time that Chadha will be playing the role of a cop.

“It was really interesting because it was a new zone for me to try. I have never been a cop before, plus there was a nice single mom angle to it as well. It’s got that supernatural thriller element, in the sense that we don’t know whether it is a person or a demon committing all the murders,” she says.

Having played a variety of characters in films such as ‘Gangs Of Wasseypur 1 and 2’, ‘Masaan’ and ‘Panga’, Chadha feels it is important for her to be able to “humanise” her characters, which is what makes them so relatable for the audiences.

“It's not necessary to empathise with a character. I think we need to humanise the character. I am playing the character of a DCP, who gets posted to a remote location. To understand the situation and character better, I met many cops and spoke to them,” Chadha says explaining that meeting the police officers helped her ‘internalise’ the role.

“Of course, when you meet actual people who are doing that job in real life, you just understand and learn so much more. There’s more to it than just meets the eye kind of thing. In this case, I learned how someone who is a DCP will interrogate, or go about pushing buttons that get the right answers. These things help you internalise your character,” she says.