I See Dance In Everything, Says Actor Madhuri Dixit

Besides 'Dance Deewane', which is set to premiere on February 27, the actor will also be seen in a Netflix series backed by Karan Johar. 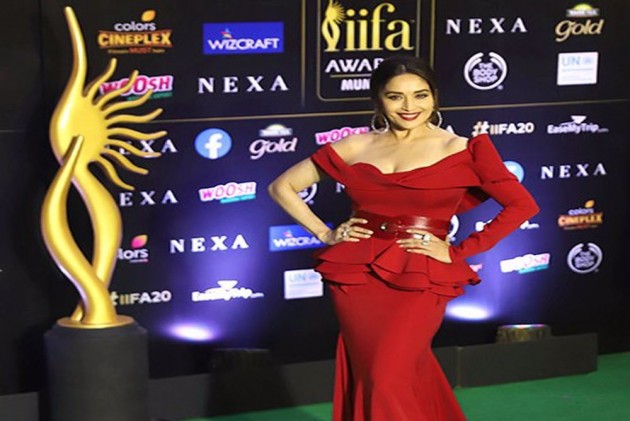 Dance is a spiritual experience for Bollywood star Madhuri Dixit, who says it is impossible to separate the art from her as it has shaped her personality.

Revered actor Dixit, who ruled the '90s as the dancing superstar in the Hindi film industry, has never been egoistic about her skills.

"Dance has taught me discipline, focus, and honesty. When you're passionate about something, it's no longer work, it's fun. If I have to do a step twenty thousand times, I'll do it. I have no ego because I enjoy every moment of it.

"Dance is a spiritual experience for me, where I feel close to art, nature. When I do Kathak, folk, a semi-classical dance form, or even hip-hop, I feel I'm part of a culture. It's an enriching, learning feeling," the 53-year-old actor told PTI  in an interview.

Dixit first shot to fame as a dancer-star with the song "Ek Do Teen" in the 1988 film "Tezaab" and over the years, the actor has been a part of memorable dance numbers such as "Tamma Tamma Loge" from "Thanedar", "Dhak Dhak Karne Laga" from "Beta", "Mera Piya Ghar Aaya" from 1995 "Yaraana", "Dola Re Dola" from "Devdas" and "Ghagra" from "Yeh Jawaani Hai Deewani".

Dixit, who started learning dance from the age of three, however, said her fondest memory related to dance is when as an eight-year-old, she performed at Hindustani classical singer Anjanibai Lolekar's house in the presence of other classical musicians.

"In retrospect, it was a great moment. I did not realise it at the time. I was just thrilled that I got an opportunity to dance again. When my name appeared in a newspaper the next day, I was extremely happy."

Dixit continues her passion for dance with the upcoming third season of the reality show "Dance Deewane". The Colors show features the actor as a judge along with choreographers Tushar Kalia and Dharmesh Yelande.

"You can't separate dance from me, because dance is in nature. You can't separate it from anything. It's in the way people walk, talk. I see dance in everything... Kathak came from Katha Kathan where stories used to be told.
"People would get bored so the story narration became more visual, with dance being integral. Dance is a part of who we are," she added.

The actor said she decided to be a judge on the dance reality show as it gives a platform to not just kids or youth but also seniors.

"It's the only reality show that has a third generation. Usually, people who end up coming on these shows are under 35. But here we have an age group that's above 35. So when they dance, it inspires many in the age bracket to also return to dancing."

"Generally, when you cross that age, there are several responsibilities one carries and then you end up giving up on your passion because you feel, 'what's the point now'. But the show gives a platform to those."

Besides "Dance Deewane", which is set to premiere on February 27, the actor will also be seen in a Netflix series backed by Karan Johar.

Dixit will finish its last schedule in March and said the series is expected to release later this year.