In an interview to Outlook's Giridhar Jha, Vidya Balan talks about her latest film 'Shakuntala Devi', career, gender and pay disparity in Bollywood and, of course, how it feels to have been at the forefront of the revolution of women’s cinema in the past decade. 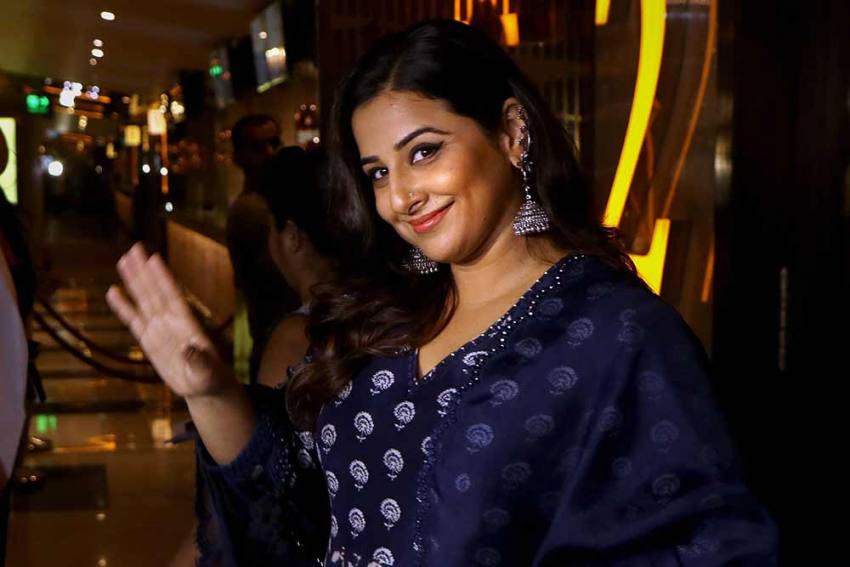 File photo of Bollywood actress Vidya Balan.
Giridhar Jha July 29, 2020 00:00 IST I Try To Live Life On My Own Terms Like Shakuntala Devi Did: Vidya Balan 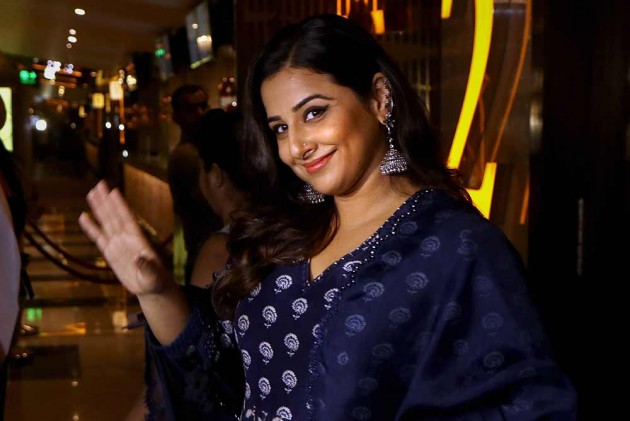 Vidya Balan has been the ubiquitous face of women-centric cinema ever since she delivered a big hit, The Dirty Picture way back in 2011, and followed it up with many other commercial successes, from No One Killed Jessica (2011) and Kahaani (2012) to Tumhari Slu (2017) and Mission Mangal (2019). The 41–year-old actress now returns with a biopic on Shakuntala Devi (1929-2013), known across the world as a human computer, which is releasing directly on Amazon Prime Video on July 31. In a candid conversation with Outlook’s Giridhar Jha, the National Award-winning actress talks about, among other things, her latest film, career, gender and pay disparity in Bollywood and, of course, how it feels to have been at the forefront of the revolution of women’s cinema in the past decade. Excerpts from the interview:

You are portraying a mathematics genius Shakuntala Devi in an eponymous biopic on her, which is releasing soon. Let us begin on a lighter note. How good or bad were you at mathematics in your student days?

I was actually pretty decent. I enjoyed mathematics and did very well in the subject during my school days. After class 10, however, I did not have to study mathematics because I was an arts student. Since then, aadat chhoot gayi thi (I had nothing to do with it). I am glad that with Shakuntala Devi, I have rediscovered my love for numbers.

The numbers are so important in the industry you come from…

(Laughs) They are important in real life as well. Don’t you think that numbers are very important in life? Har cheej mein math hai (Mathematics is there in everything).

How was it playing a woman who had earned the sobriquet of human computer in her lifetime?

It was very exciting but it was also daunting. The world, of course, knows Shakuntala Devi as a human computer but in this film, we have explored her life not just as a mathematical genius but also as a woman, as a mother and as an individual. That was very, very exciting. The math part was daunting enough but I loved doing it. Mehnat karni padi (I had to work hard) but at the end of it, I enjoyed the whole process.

You must have come to know about many unknown facets of Shakuntala Devi’s personality during the narration of the script. What was the most appealing thing about her life which promoted you to sign this biopic?

The fact that she lived every moment of her life to the fullest. She did not define herself as a woman. Instead, she chose to define herself as a person who, of course, had this rare gift with numbers. She did not let societal limitations of being a girl or a woman inhibit her in any way. Far from it, she lived life as if each moment was her last. She did everything she wanted to and was unapologetic about her choices. She was a mathematical genius or a human computer who made it to The Guinness Book of World Records. She also travelled across the world and even wrote a book on homosexuality in 1970s, at a time when people were scared to even spell the word homosexuality. She also wrote books on puzzles and cookery. She was a politician and an astrologer. She used to cook and loved her food. She enjoyed drinks and loved dressing up. When I heard it all, I said wow. Normally, when we talk about math, we think of people to be slightly geeky, who may be boring. Most of us unfortunately have that kind of relations with math but she changed it. That is what was most exciting for me. Also, you see her story being told through the eyes of her daughter, with whom she did not have an easy relationship, like it is with most of the mothers and daughters.

Most of the working women, including you, have to juggle twin roles in real life. Did you relate to Shakuntala Devi’s life in anyway as a woman and as an actress?

I think as a woman I did relate with her. I try to live my life on my own terms, as I was brought up to do that. I, therefore, could identify with Shakuntala Devi. And at the same time, I was inspired by her. I feel, if in the 1950s, ‘60s and ‘70s she could live her life the way she did, we have no reason not to be fighting for our rights, not to be standing on the ground or not to be achieving our dreams in this day and age, when the situation has changed so much. So I definitely related to her. I think most women will be able to relate to her to a great extent and, most importantly, will get inspired by her.

As an actor, do you prepare differently for a biopic based on a real-life person compared to the roles based on fictional characters?

Oh, most definitely. With a fictional character it is your imagination that you use. For a biopic, there is a real-life reference to fall back on and yet, you cannot mimic that person because you can never be that person. I have attempted to adopt some of Shakuntala Devi’s mannerisms but more importantly, to capture her essence. I hope I have been able to do that.

You are widely credited with having ushered in an era of commercially successful women-centric cinema with films like The Dirty Picture. Looking back, how do you assess this phenomenon?

I feel very, very grateful for being credited as the face of this change but I think we were ready for this change. We were ready for women stories to be told, we were ready to watch women stories being told on screen. What is more exciting is the fact that women are seen as people, not just as women. We are not defined just by our gender. We are being seen first as people now. In the case of Shakuntala Devi, she did not see herself as a woman first either; she saw herself as a person first. So that change in films is really heartening.

Bollywood has been known to be overtly patriarchal over the years. Many actresses in the past, howsoever great, were never given their due in terms of pay parity or billing. Do you think the situation has changed in the film industry now?

My experience has been very unique because I have been doing the so-called women-centric cinema for almost 12 years. Of course, I am the central protagonist in my films and, therefore, I get primary billing. Sometimes, there are also other considerations like seniority. Since I play the central protagonist in my films, I do not know how the other actors feel about billing or pay parity in the typical hero-driven films. But I know that we have a long way to go as far as our fee is concerned. Even in my kind of films, if you compare the ratio of the budget that a male actor gets to the ratio of the budget that a female actor gets, there is a long way to go. But I like to focus on the fact that we have come a long way.

There also seems to be a perceptible change in the attitude of the film industry towards women workforce. Now, we at times see more than 50 per cent women crew working on the sets of a film…

Absolutely. I feel very proud that on Shakuntala Devi, the director-writer is a woman (Anu Menon). One of the producers, the cinematographer, the art director, the costume designer and the editor in the film are all women. We were a women-heavy team and we helped bring out the best in each other. It has been a truly collaborative experience.

But the scenario may have been different when you made your debut in Hindi cinema. What were your experiences like when you did TV serial, Hum Paanch (1995) to the time you made it in Hindi cinema with Parineeta (2005)?

When I did Hum Paanch, I was still in my first year of college at St Xavier’s. Then I went on to do ad films while I was still studying at Xavier’s. This was not my only focus back then. Once I decided to make acting my only focus, I did face hiccups. It was tough and I faced a lot of rejections too in the South but I think that is absolute fine. May be that is why I value that much more today.

You made your debut as a producer with a short film Natkhat recently. Given your stature in the film industry, you could have done that with a big-budget movie?

Actually, I was not really looking at turning producer. Ronnie Screwvala, who was producing Natkhat (2020), made this offer to me. When he came to me with this subject, I liked it and said I would be happy to do it. He then asked me if, instead of paying my remuneration, he could offer me the producer’s credit. He said “we cannot afford your fee but we can use that money towards the making of the film. Also, having you as a producer on board will benefit it.” I said, great.

Do you think that streaming of Bollywood movies directly on OTT platforms will now lead to the end of star system and establish content as the real star, once and for all?

Already we are at a time when content is the king. But I like to believe that we will continue to have stars shining bright. The audience will continue to make stars out of the actors that they really like and whose work they really enjoy. I do not think it can be a case of either/or. It can be a situation where both exist side by side.

Who Is Rhea Chakraborty, The Actress Booked In Sushant Singh Rajput Death Case?