I Wanted To Be A Part Of ‘Ludo’ Because of Anurag Basu: Fatima Sana Shaikh

Actor Fatima Sana Shaikh feels that every actor has his or her own process of learning the craft. 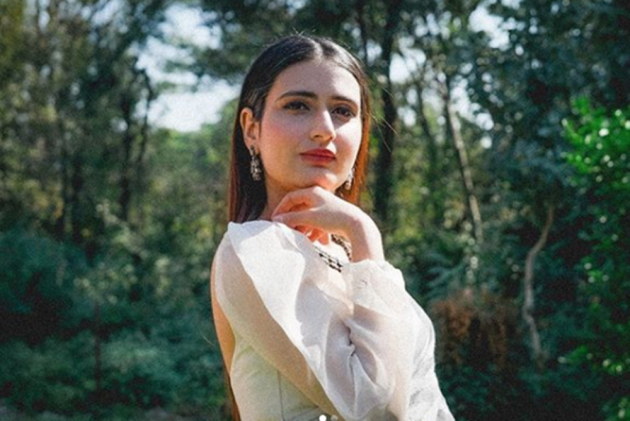 In conversation with actor Fatima Sana Shaikh, who started her career as a child artiste when she played the role of Kamal Hassan and Tabu’s daughter in Chachi 420. She again made her Bollywood debut in Dangal co-starring Aamir Khan. She has also acted with Aamir Khan and Amitabh Bachchan in Thugs of Hindostan. Here she talks about her roles in Suraj Pe Mangal Bhari, Ludo, her career, the pandemic and more. Excerpts:

I am playing the character of a Maharashtrian girl from a very simple middle-class family. She has a secret that she is carrying with her and her parents and brother are not aware of it. She falls in love with a boy and her brother who is a detective tries to figure out what the secret is. Since I am playing the role of a Maharashtrian girl for the first time, I had a coach who taught me the dialect. Though I am from Mumbai and I am aware of the culture, yet I wanted my acting to be realistic and that is the reason I preferred the coaching.

You are in Ludo too, tell us about your role and experience.

With Ludo, I didn’t know what I was getting into because Dada, (director Anurag Basu) doesn’t give his actors the script beforehand as other filmmakers do. He knows the script, he knows the exact storyline, but he prefers not to tell his actors so that they are not overly rehearsed and over-prepared. That is the method he follows. And most importantly he is always looking for some magic in every shot. He just tells us the script five minutes before the shot. I found this entire process extremely interesting and consuming. The character that I am playing, I can’t really define her. She is fearless, she is loyal and she is on a journey to get her husband out of the jail. I wanted to be a part of this film because of Dada (Anurag Basu) and I can say that for every actor in the film. All of us wanted to be associated with Dada (Anurag Basu) because of the beauty that he brings to his films.

Lessons learnt from the pandemic…

When you are forced to spend a lot of time by yourself, you tend to analyze and overthink a lot. There are some changes that I am noticing now within me. I used to get anxious a lot, but now I have realised that anything can happen any time. You don’t know what the future holds for you. Initially, I used to plan about what I want to do next year, but now all planning is out of the window. The pandemic has brought the harsh realities of life right in front of our eyes.

You have worked with Aamir Khan in one of the most promising roles, how have you evolved as an actor since Dangal?

I don’t know honestly because I feel I am still in the process of learning. I haven’t done too many films, so I am still trying to understand and figure out what I actually want. Fortunately, all the films that I have been a part of had really talented actors, like in Ludo I had Raj Kumar Rao. And I feel every actor has his/her own process of growing and learning the craft of acting. For me, I try to learn a new method as per the roles offered to me. I always try to match up to the great actors that I work with. Since I have worked with good filmmakers and co-stars, I don’t want to fail anybody. I always try to put in my best.

When he comes on set, he comes with an energy that is infectious. I am very lucky to be associated with such talented people. I have realised that all the actors that I have worked with so far are very passionate and disciplined about their work. They will come on time, prepare their lines and will not try to put you down. So, you are automatically inspired by them to perform well.