In an interview with Outlook, actress Payal Ghosh talks about the reasons for joining the Republican Party of India. 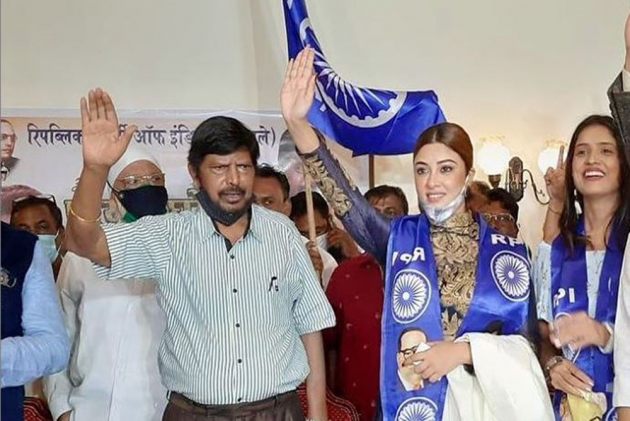 What is the reason behind your joining the Republican Party of India?

I was always influenced by B.R. Ambedkar’s teachings because it says education is not about degrees, but it is about your outlook towards life. And it teaches you to be an independent thinker and I completely agree with him on this.

Have you been influenced by B.R. Ambedkar's teaching? What do you think are some of his reforms which are relevant today?

Once B.R. Ambedkar had said that he measured the degree of progress in a society by the progress women had made. He sought to give Hindu women property rights and equal status in marriage by introducing the Hindu Court Bill when he was the minister of law. His dream was to ensure that the patriarchal hierarchy in our religious system is broken by means of legislation and social uplift. We, women, are empowered, and we are fighting for the empowerment of women as we all want to smash the patriarchy. This thinking which was started by Ambedkar is being continued by the powerful women of today.

What do you think are the major issues Dalits in our country face today?

In rural areas and in some areas of progressive cities, Dalits are deprived of basic human rights which is incredibly sad. I try to help them in my small ways by funding education for Dalit girls and I also try to provide job opportunities to them for their empowerment.

Do you think the police handled the Hathras rape case with disdain because the victim was Dalit?

When it comes to the Hathras rape case, the facts are still not clear. So, without knowing the facts it will be wrong from my side to comment on that.

Who are the Dalit leaders today whom you look up to?

Ramdas Athawale who is always standing by my side and supporting me in my fight against Anurag Kashyap. I also looked up to Ram Vilas Paswan whom we lost recently, Chirag Paswan and our president is also a Dalit. I worship our Constitution.

What do you have to say about the Anurag Kashyap case?

The investigation is still going on. I am calling up the investigation officer every day for updates. They have to say that since it is an old case it’s taking the time. But we all know the truth, don’t we?