I Was Never Told My Character In Maharani Was Based On Lalu Yadav: Sohum Shah

In an interview, Sohum Shah explains why did he not try to copy the mannerisms of Lalu Prasad Yadav while portraying a character purportedly based on the former chief minister of Bihar. 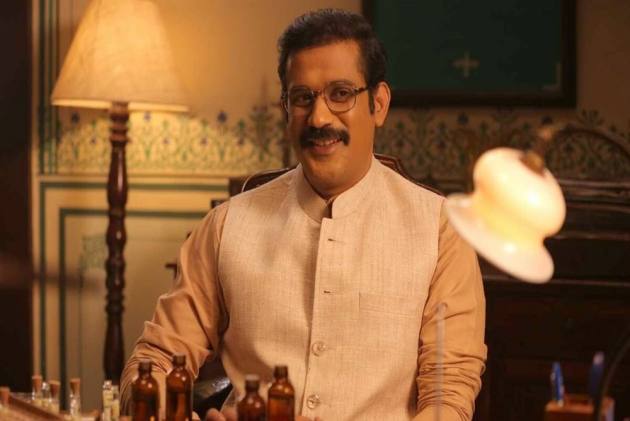 Sohum Shah has worked in widely-acclaimed films such as ‘Ship of Theseus’ (2012), ‘Talvar’ (2015), and ‘Tumbbad’ (2018) but he had never received the kind of popularity that he has been getting for his role in the ‘Maharani’ web series. In an interview with Giridhar Jha, the 36-year-old actor explains why did he not try to copy the mannerisms of Lalu Prasad Yadav while portraying a character purportedly based on the former chief minister of Bihar. Edited excerpts:

What has been the feedback to your character in Maharani?

I am getting an overwhelming response for my role. People have liked it a lot because the character of Bhima Bharti is powerful as well as extremely complex. He has his philosophy about certain things, but his image is not all that clean. This character is getting a lot of love and appreciation from the audience.

Chaara Ghotala As Daana Ghotala, How Bollywood Passes Off Facts As Fodder For Fiction

Even though the web series has been described as fictional, many incidents shown in it have been taken from real life. Its story is inspired by the regime of Lalu Prasad and Rabri Devi in Bihar, but you refrained from copying Lalu Yadav’s mannerisms. Was it a conscious decision not to do so?

I was never told that my character was inspired by Lalu Ji or anybody else. I was given a script and also given full freedom by the director to play the character of Bhima Bharti the way I wanted to do it. Of course. I saw videos of many politicians. When you are in the media you know how politicians are. But it was entirely my vision as to what the character of Bhima Bharti should be like. It came from inside me. I was never stopped in any way. Of course, when the director felt that there were some inconsistencies in my acting, I was guided.

So, you interpreted this character in your way?

Absolutely! After reading the script, I visualized how this character would be like. I picked a dialogue spoken towards the end of the series as the basis for my interpretation of the character. I had reached Bhopal a day after the shooting began last year. I was a bit nervous, wondering how should I portray it. Then a dialogue 'Jail ke taale tootenge Bhima Babu chhotenge (The locks of the jail will be broken and Bhima Babu will be set free) caught my attention. I must have spoken this dialogue a hundred times in my hotel room to get into the skin of the character. I captured the confidence that this character has through this dialogue only.

Were you keeping an eye on Bihar politics or politicians while shooting for the web series was on?

I am not much inclined towards politics. I know as much about politics as any common man. Yes, when I was shooting, elections were going on in Bihar. I was keeping track of who was going to win and who was going to lose, as I do in every election. Even during the Bengal elections, I did that. For me, the script was the Bible, which I followed completely.

Maharani is different from Tumbbad or any of your previous films in the past...

Yes, it was different for me. For years I wanted to do something that would reach a very large audience. I did films like Ship of Theseus, Talvar, and Tumbbad, which got a lot of love, but their audience was limited. I come from Sri Ganganagar where I grew up watching movies of Bachchan Sahab, Shahrukh Khan, or Salman Khan. I also wanted to do content like them, which reaches a large audience. It happened to me only with Maharani. For the first time, people saw it for me and called up to tell me that I did a great job.

How different was your experience in web series as an actor from films?

The process of making them remains the same, although I think films give a little more time to an actor. We have to shoot more for a web series. Movies last two hours or so, whereas the series are five-hour-long, so there is pressure to work quickly. That's the basic difference, though both are made by the same people. Jolly LLB (2013) was made by Subhash Kapoor, who created Maharani. Both the mediums have their merits and demerits. In the movies, you see yourself on 70 MM that gives you a whole lot of fun, but because of the constant churning of formula films, even that fascination is waning now. Just when content-rich films began to be made on a large scale, the lockdown happened. I think there are a lot of opportunities to showcase new content on the OTT platform and there are a lot of opportunities as well for new actors. Like I said earlier, both have their pros and cons.

You made a grand film like Tumbbad for the big screen in seven years, but on OTT, people seem to be in a hurry to make films or web series as soon as possible. Does it not reflect on the quality?

No, it doesn't happen. Every film has its destiny. Like the shooting of a solid web series like Paatal Lok started and stopped midway. After the green signal of the studio, it resumed. Quality cannot be measured by time. It amazes me that it took me seven years to make Tumbbad, whereas Maharani was made in just seven months. We started shooting for it on November 16 last year and it got released on May 28 this year. While making Tumbbad, I got stuck in the story. Hopefully, when I make Tumbbad 2, I will not take seven years.

Is Tumbbad 2 going to be made soon?

We are working on some ideas. As soon as our script is finalized, we will start filming it.

With the advent of OTT, a new ecosystem has been created in the entertainment world. Will its popularity be the same even after the Corona period?

Absolutely, because OTT has created a huge space for all of us. Its popularity was increasing even before the Corona time with the advent of companies like Amazon Prime Video and Netflix. Had Coronavirus does not come, OTT might have taken another three-four years to become so popular. Tumbbad was shown on Amazon before the Corona period. Thanks to OTT, a section of the cinema audience, who had given up on watching films due to the closure of single-screen theatres in small towns, non-availability of multiplexes, or expensive tickets have switched to OTT. This medium has got a new audience from such cities. Also, those who have stopped watching TV. You can watch movies on OTT at your convenience and also for less money. The audience was also tired of watching the same formula films. They have seen enough of songs picturized on the mountains of Europe. Gone are the days when there was no internet and big sets used to attract audiences. Now, they want realistic films with new and interesting stories. That's why a web series like Maharani has become so popular. Content is the king now. Mind you, OTT is not going anywhere now.