If Mid-Week Blues Is A Thing, This Cute Picture Of Aparshakti Khurana Napping With His Daughter Is The Solution 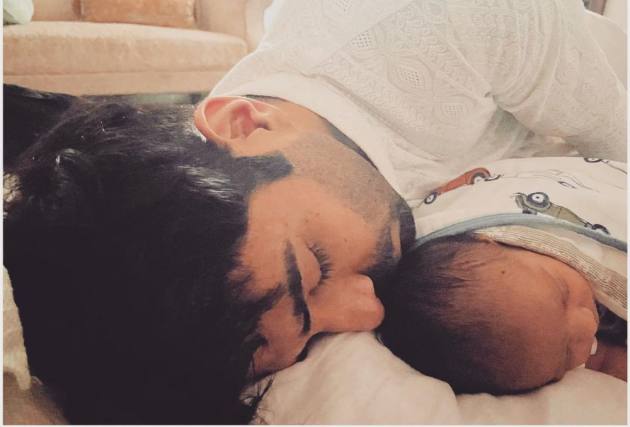 Aparshakti Khurana has been earning acclaim for his film 'Helmet', and at the same time also enjoying the new phase of fatherhood with his baby-girl Arzoie. Aparshakti Khurana and Aakriti Ahuja welcomed their bundle of joy a few days back. They have been on cloud nine ever since.

The happy couple is celebrating seven years of their wedding today. Taking to social media, the pretty lady shared a cute pic of the baby girl taking an afternoon nap with her loving father. Sharing the snap on Instagram, Ahuja wrote, "7 years of calm and chaos summed up. #HappyAnniversary @aparshakti_khurana (sic)." Have a look:

Fans all over have been showering the versatile actor with their love and good wishes for this new journey of fatherhood in his life.

On the work front, Khurana is earning lion's share of the praises for 'Helmet'. He has won the audience and critics over with his rather bold choice. He is now busy shooting for an Amazon series 'Stardust' and another untitled project with T-Series.