If Taapsee Pannu Wanted Badla To Be Known As Her Film, She Had To Outclass Big B

If Taapsee really wanted Badla to be known as her film, she had to come up with a performance good enough to put Mr Bachchan’s in the shade. 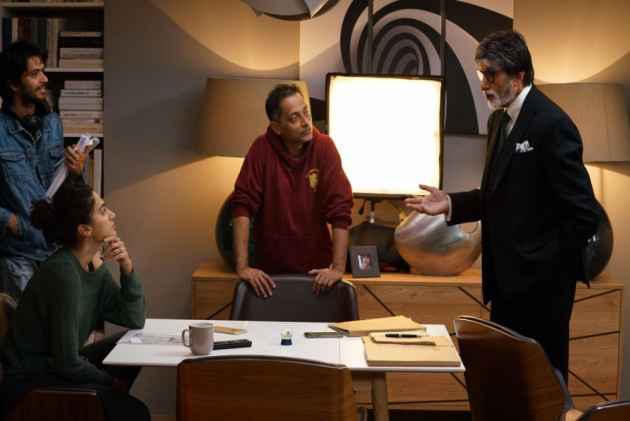 Taapsee Pannu, a feisty actress known primarily for women-centric movies, recently had a big grouse about Amitabh Bachchan walking away with all the credit for the success of Sujoy Ghosh’s Badla (2019) despite the fact she had more scenes than him in the film.

“Even when I do films like Badla, I had more working days or scenes so to say than Mr Bachchan. He was the hero of the film, I was the antagonist. But the antagonist has more presence in the film than protagonist. But eventually the film releases, they call it an Amitabh Bachchan film,” the 32-year-old actress was widely quoted as saying in an interview.

Taapsee's remarks kicked up a controversy but she apparently said it to underline the fact that Bollywood remains a male-dominated industry, which fights shy of giving women its due. It is both true and false at the same time. True, because there is no denying the fact that the Hindi film industry remains overtly patriarchal even today. False, because it is wrong to assume that the female actors are forever denied their due because of that. The fact of the matter is that whenever any actress comes up with a sterling performance, her effort is applauded and acknowledged wholeheartedly.

Since the inception of Bollywood, actresses from successive generations, right from Devika Rani to Kangana Ranaut, have been stealing the thunder at regular intervals from their illustrious counterparts in their movies by dint of sheer acting prowess. It has never made a difference whether it is a male-dominated industry. Isn’t Mother India (1957) still remembered as Nargis’s film even though she had three formidable male actors – Raj Kumar, Rajendra Kumar and Sunil Dutt – as her co-stars? Didn’t Waheeda Rahman share the honours equally with Dev Anand in Guide (1965) even though he played the title role? Even a purely commercial venture such as Seeta Aur Geeta (1972) is widely acknowledged to be a Hema Malini movie even though she had the formidable Dharmendra and Sanjeev Kumar playing the male leads at their height of their popularity. Similar was the case Chalbaaz (1989) where Sridevi outshone both Sunny Deol and Rajnikanth.

Bollywood’s history is replete with such examples. Actresses like Meena Kumari, Nutan, Shabana Azmi, Smita Patil, Rekha and Tabu have never been deterred by the presence of a big male star in their movies. Pakeezah (1972) was an out-and-out Meena Kumari project notwithstanding the fact that it had an inveterate scene stealer like Raj Kumar opposite her. Today, does anybody remember Kulbhushan Kharbanda or Raj Kiran in Arth (1982), which had Shabana Azmi and Smita Patil delivering extraordinary performances?

In recent years, The Dirty Picture (2011) belonged entirely to Vidya Balan regardless of a great actor like Naseeruddin Shah sharing screen with her. And the performances of Kangana Ranaut’s Queen (2014), Tanu Weds Manu (2011) and its sequel, Tanu weds Manu Returns (2015) left no scope for any of her co-actors to hog the limelight.

Why Badla was known as an Amitabh Bachchan film because it was doubtless an Amitabh Bachchan film. It is as simple as that. Taapsee may have more scenes than him but it was Big B’s film. And why Badla only? Even the two of his other so-called women-centric movies, Piku (2015) and Pink (2016) cannot be imagined without Bachchan. As a matter of fact, he is such a consummate actor that he can still give any millennium actor a run for his or her money.

Taapsee should also realise that the length of a role is immaterial when it comes to getting honours. Sometimes, an actor can make a huge impact even in a minuscule role. For example, Meenakshi Seshadri and Rishi Kapoor were in the lead roles in a female-centric film Damini (1993) but it was Sunny Deol, who walked away with the credit in a cameo at the end of the day. There are hundreds of similar instances. Whether the film industry is male-dominated or not does not prevent any actor, male or female, from getting their rightful due. If Taapsee really wanted Badla to be known as her film, she had to come up with a performance good enough to put Mr Bachchan’s in the shade.