Actor Hugh Jackman said the film had an “original and surprising” script, which is what made the 52-year-old actor say a yes to it. 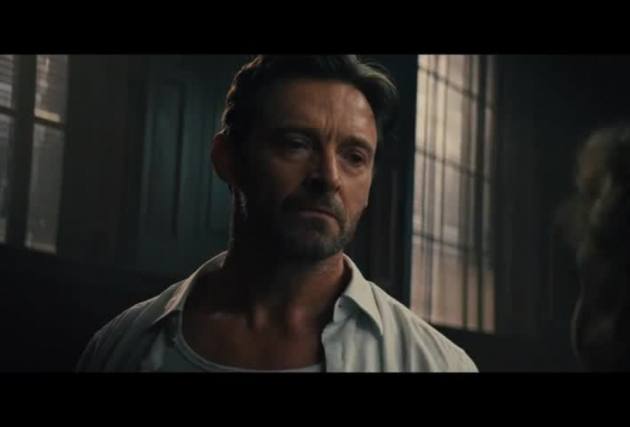 Hollywood star Hugh Jackman says that as a fan of the sci-fi western HBO show, 'Westworld’, he felt he was in "good, safe hands" of its co-creator Lisa Joy, for his upcoming film, ‘Reminiscence’ which will be Joy’s directorial debut.  In an interview, Jackman said that the film, which also stars Rebecca Ferguson and Thandiwe Newton, had an "original and surprising" script.

"I'm a huge fan of 'Westworld'. Just literally the moment you meet her, there's a competence to her, you know you're in good, safe hands, and we just got on incredibly well. She asked to have the meeting with me and to show me some images and various things on the computer, without me reading the script, which is unusual," Jackman said.

The 52-year-old Australian added that he was blown away by Joy's vision with the movie and he instantly decided to do it.

"When I heard her pitch, I thought, 'I'm pretty sure I'm going to do this movie even though I haven't read it.' Of course, I did my best poker face that I could. And about 20 pages into reading it, I rang my agent, I said, 'I haven't finished reading it and I'm absolutely doing it.' I just thought it was such a cool world, so original, so surprising; I didn't see where it was going, and I certainly didn't see where it was ending. I just thought it was a different kind of role for me. And I just loved Lisa. So, it was a very easy yes, but it wasn't a conventional yes, that's for sure," he said.

‘Reminiscence’ features Jackman as Nicolas Bannister, a rugged and solitary veteran living in a near-future Miami flooded by rising seas. He is an expert in a dangerous occupation: he offers clients the chance to relive any memory they desire. His life changes when he meets Mae. What begins as a simple matter of lost and found becomes a passionate love-affair. But when a different client's memories implicate Mae in a series of violent crimes, Bannister must delve through the dark world of the past to uncover the truth about the woman he fell for.

Jackman said he liked the genre-blending appeal of the story so much so that at one point, he felt ‘Reminiscence’ was similar to a Humphrey Bogart movie.

"In this movie, when I read it, I was like, oh, I'm reading a Humphrey Bogart sort of film. And then, oh hang on, now it's not. We're going in all these directions. She sets up classic characters: the femme fatale, played by Ferguson, the very loyal secretary, who may be truly in love with Nick, played by Newton. And then before you know it, you're off, where you just go down a path you never thought you were going down. I found it incredibly enlivening and energising, different and original, certainly reading and making the film—I hope audiences find it the same," Jackman said

The actor believes that the upcoming film is best suited for the current times where people's personal and professional lives have been upended by the coronavirus pandemic.

"The film certainly explores the idea of memory and nostalgia as something that is potentially addictive, or just enticing to go back and live in the good old days, remember that time," Jackman said.

"The film is deliberately not too far in the future. Many of the things that are happening -- how the climate is affecting the city of Miami, all the issues around income inequality -- those are coming to the fore now," Jackman added.

All in all, the actor believes 'Reminiscence' is a complete package of great story and entertainment for the audiences.

"I love a movie that on one level is entertainment, it's a great story, it takes you away. But I also love the movie that stays with you, and when you get out of the cinema you're looking at the world outside in a different way," Jackman said.