Sonal Kohli’s ‘The House Next To The Factory’ is a masterclass in writing. In under 200 pages she charts the course of three decades of the Indian middle class. Her effortless, delightful prose is a treat to relish. 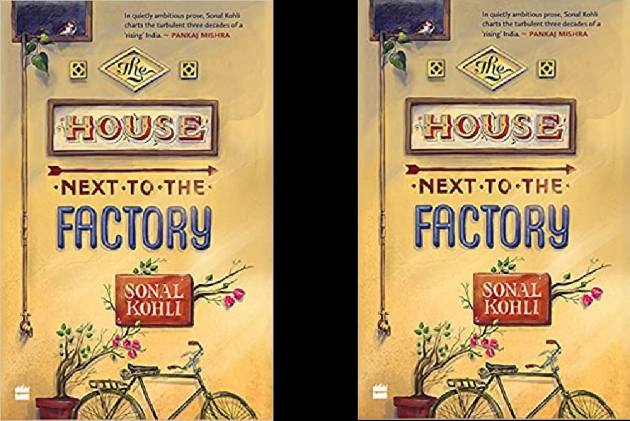 There’s an interview of great ghazal singer Mehdi Hassan on YouTube in which he talks about the effortlessness with which he was able to embellish his songs with khatkas and murkis but when, as part of his training, he was asked to hit the notes straight, he found singing really hard. ‘Khade Sur’, he said, were the most difficult to get right and it was only by constant practice in this department that he eventually got as far as he did.

‘The House Next To The Factory’ feels and sounds something like that. Sonal Kohli writes in a manner that Amit Chaudhuri, speaking of his own style, called ‘refutation of the spectacular’. Kohli in fact counts Chaudhuri among her influences. Like him, she notices telling details in the physical world around her - there’s a man stricken with an illness who has ‘learned to complain effectively just using the corner of his mouth’; there’s a house which has ‘a great sense of being lived in’; a man in one of her stories walks with 'his hands clasped behind him, like the pigeons on the wide window sills'; a cook fans ‘the coals and sparks erupted, a burst of fireflies’.

She has a childlike ability to look at the world around -

The Great Longing For Home, An Excerpt From ‘A Bit Of Everything’

‘Railway Apartments - four storeys high, an exposed cement staircase that looks like vertebrae - could be Sister Celina’s building. You glance to check, and it seems like the right distance from the mouth of the lane. The shuttlecock has landed close to the boys, and the one in a cap offers it to the girls as though it were a rose’.

She can, if she wants, tell a story in two lines. Here is an observation dropped between a dialogue that two people are having in a dining room -

‘The man by the window said something and the woman laughed. She tore a chapati in half and put it on his plate.’

There is this stillness in her prose, these nuggets of side glances, that she perhaps shares with Chaudhuri. Literary critic James Wood actually put his finger on it in his introduction of Chaudhuri’s Afternoon Raag -

‘One literary name for this useful foreignness of vision, this seeing everything as if for the first time, is estrangement – the “defamiliarisation” praised by the Russian formalist critic Viktor Shklovsky (what he called ostranenie), practised in a good deal of modernist and post-modernist writing, and cherished by Shklovsky’s most loyal student, Vladimir Nabokov.’

Her book also is a celebration of what, I believe, are some of her favourite cultural icons - VS Pritchett, Madhumati, William Trevor, Amrita Pritam, RK Narayan, Farida Khannum, among others.

In this interview with Sonal Kohli, we talk to her about her influences, her writing style, and much more.

It’s hard not to see the influence of Amit Chaudhuri in your work. Who do you consider your inspirations?

You’re right in seeing Amit Chaudhuri’s influence in my work. He is one of the few writers whose entire body of work resonates with me. The others who come to mind are R.K. Narayan and Premchand. I remember reading A Strange and Sublime Address at UEA, down with flu, curled up in bed, alone and lonely in a very cold Norwich. Chaudhuri’s writing transported me to India and I felt a great pleasure in reading the novel to the point that it made me feel physically better. This book, I think, gave me sanction to write stories about “nothing”. Morning Visitor, which I had already written before I went to UEA, was a story where “nothing much really happens”, but I attempt this more consciously in my later stories, 10 Bela Road and Steel Brothers, for example.

Was there a moment when you felt confident of coming into your own as a writer?

I don’t think it happened in a snap moment for me. The MA gave me confidence in my craft. Yet I think it was my time at Sangam House, living in a community of writers and dancers, that made me realize that practicing one’s art from morning till night was a perfectly normal life for an artist; that I had been doing this already for so many years perhaps made me one as well.

Your book is full of uncanny observations. How much attention would you say you give to the physical world around you?

I don’t pay attention to the physical world as a writer, in the sense that I don’t see something and think Okay I can use this in a story. I don’t maintain a log or notebook—I find it takes away from the ease and charm of living the details of life. For example, I don’t remember looking at a staircase and consciously thinking it is like a vertebra, but when I look at it through the lens of a story the detail stands out to me and it is hard then to look away.

Yet as a writer and reader, I’m very interested in the physical world of a story, in the life that is happening in the background. To me, it is more captivating than the story itself. Small details--like in 10 Bela Road, Ram Rattan carrying the stack of ironed clothes to put in the bedroom or the clap of the screen door or he digging in his ear with a matchstick—take place in the background without much relevance to the main narrative, but these to me are the real life of a story.

And a little bit about the process of writing this book? I mean the way you decided to tell the stories in first, second and third persons, spanning several years, through interlinked stories.

When I first think about a story it is in the third person. It feels most natural to do so. But on two occasions, in The Outing and 10 Bela Road, the narrative refused to flow in the third person. My decision to tell these stories in the second and first person respectively, was more a matter of the voice of the story. In both these cases, it was the story that dictated the person and the tense.

I wrote the stories in this book as they came to me, without trying to write to a pattern or theme, without any effort to link them. I wrote them in no particular order, chronological or otherwise. Yet partway through the writing of the book, I could see that the stories came from the same universe and that there were connections between them. The stories just happened to span 30 years. When I was submitting the book to agents, one of them suggested I turn it into a multigenerational family novel. It was then I realized that I had no desire to tell that kind of a story. I was more interested in these episodes, in this broken narrative, in the gaps and disruptions rather than a continuous flow.