On the occasion of Army Day today (January 15), twitter was flooded with wishes from celebrities, politicians and sports personalities. 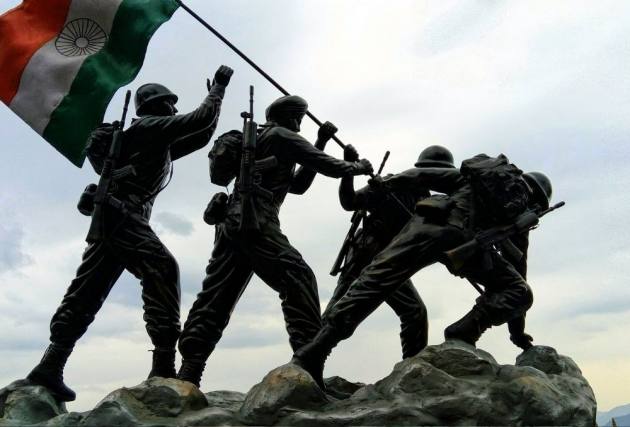 Every year on January 15, Indian Army Day is celebrated to salute and pay tribute to Indian Soldiers.  Many celebrities have written heartfelt wishes honouring the Indian armed forces and their families.

Sharing a video from his film 'Border', actor Sunny Deol tweeted, “Let's remember & salute the bravehearts who lay down their lives for us in the line of defence. Respect to those who are deployed to defend our motherland. A class of Extraordinary Men & Women for whom the Country comes FIRST, Always & Everytime! #JaiHind! #ArmyDay #IndianArmy.”

Besides Deol, many actors from accross the country expressed their gratitude towards the Indian Army for their relentless service to the nation and protecting its citizens.

A grand salute to the real heroes and the protectors of India, the Indian Army. #ArmyDay2022 #IndianArmy pic.twitter.com/OFdOm5bWfZ

Thank you for keeping us safe and secure. Jai Hind ðÂÂÂðÂÂ»ðÂÂ®ðÂÂ³#ArmyDay pic.twitter.com/I6JhXtDHoA

;For the uninitiated, Field Marshal KM Cariappa (then a Lieutenant General) took command of the Indian Army on this day in 1949 from British General Sir Francis Butcher, the final British Commander-in-Chief of India.