After a grand 10th year the celebration last year with Shah Rukh Khan as their last chief guest, 2020 Indian Film Festival of Melbourne with be schedules from October 30 to November 7 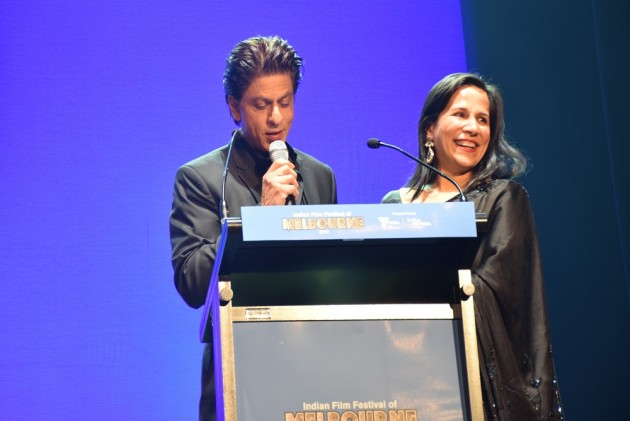 The Indian Film Festival of Melbourne announced that this year’s festival will go ahead with dates rescheduled from August to late 2020 due to the ongoing COVID -19 pandemic. IFFM 2020’s program will be devised in line with public health guidance with plans for a compact schedule taking place over a week from October 30 to November 7. The festival is retaining the Short Film Competition and the popular dance competition (to be held on October 31, pending easing of restrictions) but the much anticipated IFFM Awards Gala will be postponed till 2021. More details of festival highlights will be announced shortly.

An exciting new innovation to the festival this year, in response to current challenges and opportunities, is the IFFM Film Club where fans of Indian movies can enrol for a virtual masterclass

with leading filmmakers discussing their works in detail. This exciting new event is facilitated by noted journalist Rajeev Masand. Functioning like a book club, the festival asks participants
to watch a classic film, and they then have an opportunity to discuss the film at the virtual film club with the filmmaker. The virtual talks are open for registration to festival goers and
accommodate 100 early bird users.

Previously, the festival has hosted masterclasses with acclaimed filmmakers including Raju Hirani, Rani Mukherjee, Karan Johar, Rima Das, Zoya Akhtar, Onir, Vijay Sethupathi , Nag Ashwin , kabir Khan and many others. With the launch of this year’s Film Club, IFFM continues to celebrate the spirit of diversity through cinema.

IFFM Festival Director Mitu Bhowmick Lange said, “This is a unique intimate way for film lovers to stay engaged, entertained and educated while at home in these unprecedented times. We already have a strong line up of filmmakers from various parts of India. Well-known film journalist Rajeev Masand will moderate the session as he opens the film and its maker to a world of questions from curious fans.”

Minister for Creative Industries Martin Foley said, “Social distancing doesn’t mean social disconnection and through the screen we can continue to be inspired by stories and perspectives from across the globe. I applaud the Indian Film Festival of Melbourne team for its commitment to continuing to bring the IFFM spirit to film lovers and for pivoting to a new model for 2020 in response to these challenging times.”

In 2019 the Indian Film Festival of Melbourne celebrated its tenth anniversary. In February this year pre-COVID, IFFM hosted an event in Mumbai where Bollywood superstar Shah Rukh Khan awarded the four-year scholarship named after him to Gopika Kottantharayil Bhasi from Thrissur (Kerala), as a part of the festival’s long association with Melbourne’s La Trobe University. Now faced with restrictions and new opportunities the IFFM team is working hard to develop new exciting elements.