Did you know? Anupam Kher Was Mogambo In 'Mr India' For 2-3 Months Before Amrish Puri Took Over

"In Mr. India, Mogambo’s role was offered to me before Amrish Puri. However, after one or two months, the filmmakers replaced me," said Anupam Kher on playing Mogambo In 'Mr India.' 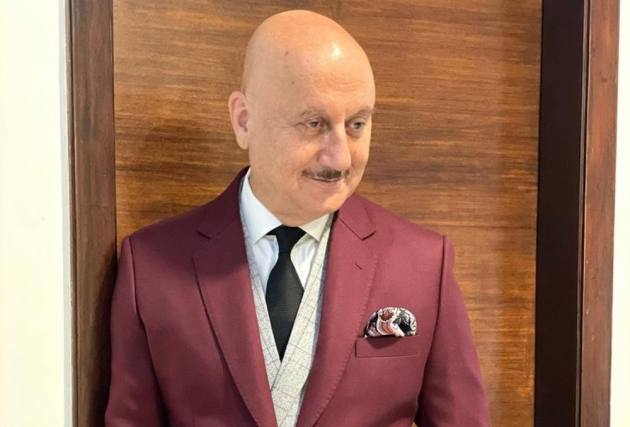 Shekhar Kapur is a well-known director with a diverse filmography. 'Mr. India,' a sci-fi fantasy film starring Anil Kapoor and Sridevi, remains one of his most famous films even today. In a recent interview, it was revealed that Anupam Kher, not Amrish Puri, was slated to play the film's villain.

Kher had shared this little-known fact about the blockbuster film on the occasion of Puri's birth anniversary. “In Mr. India, Mogambo’s role was offered to me before Amrish Puri. However, after one or two months, the filmmakers replaced me. When you are dropped from a film then generally an actor feels bad, but when I watched Mr. India and saw Amrishji’s work as Mogambo then, I thought that makers of the film took the right decision by casting him in their film,” the actor said in an interview, according to a report by Indian Express.

'Mr. India' received critical and commercial acclaim upon its debut, grossing a stunning 100 million rupees against a budget of 38 million rupees. The picture went on to become the year's second-highest-grossing feature. 'Mr. India's success sparked a slew of remakes, including 'En Rathathin Rathame' (1989) in Tamil and 'Jai Karnataka' in Kannada.

'Mr. India' was written by Salim-Javed and produced by Boney and Surinder Kapoor.

While 'Mr. India' is director Shekhar Kapur's most well-known picture, the filmmaker is also recognised for other well-received works such as 'Masoom', 'Bandit Queen', 'Elizabeth', 'Elizabeth: The Golden Age', and 'New York, I Love You'.