Inside Pics And Videos: ‘Sarabhai Vs Sarabhai’ Reunion Takes You Back In Time

The entire cast and crew of the popular show ‘Sarabhai Vs Sarabhai’ came together last night for a reunion. Here are pics and videos from inside the party. 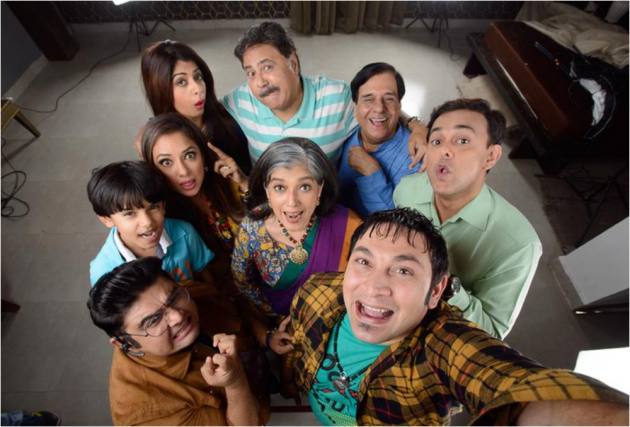 ‘Sarabhai Vs Sarabhai’ has been one of the most popular shows on Indian television. The show has been popular because of the hilarious storyline and the way the actors pulled it off. It made a comeback to screen with the second season a few years back, and it did decently well. However, rumours of the show coming back with a new season are rife again as the entire cast and crew were seen hanging out last evening together for a house party.

Actress Rupali Ganguly took to social media to share some of the pictures and videos from the evening. Check them out here:

For the unversed, actress Ratna Pathak Shah played the uptight matriarch Maya Mazumdar Sarabhai of an upper-class South Bombay family. Actor Satish Shah was her husband Indravadan Sarabhai, known for his silly jokes and PJs. Actor Sumeet Raghavan was the couple's elder son and Ganguly was Monisha, his wife, who hailed from a middle-class background. Actor Rajesh Kumar portrayed the role of Rosesh Sarabhai, the youngest son of Maya and Indravadan. He was the butt of his father's jokes quite a lot and was a total mamma’s boy. There was also Sonya, the daughter of the Maya and Indravadan, and she was shown less in the show. However, it was her husband, Dushyant, played by Deven Bhojani who was shown quite often. The show was produced by JD Majethia and directed by Deven Bhojani.

Seeing all of them under one roof for a party definitely has raised hopes of fans to see a new season of the show.