Aishwarya Rai Bachchan turned 48 yesterday. She celebrated the day with her family. Here are a few pictures from the same which she posted on social media. 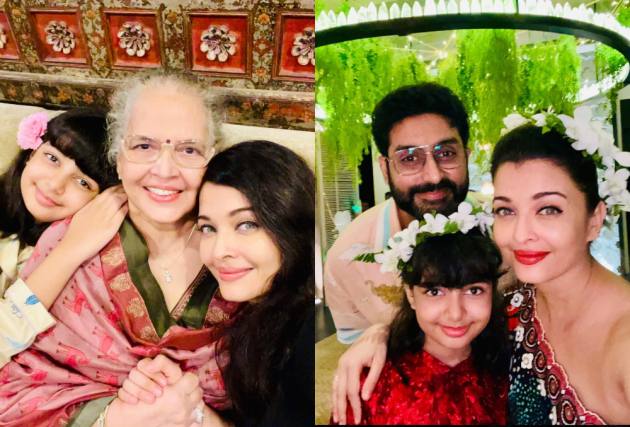 Aishwarya Rai Bachchan celebrated her 48th birthday on Monday. She went on to Instagram to post a few photos from her birthday festivities with her husband Abhishek Bachchan and their daughter Aaradhya. In one of the posts, the mother and daughter wore identical flower crowns. “Love you forever and beyond,” Aishwarya Rai Bachchan captioned her post, adding a bunch of emojis as well.

On the work front, Aishwarya Rai Bachchan was last seen on screen in ‘Fanney Khan’ in 2018. She will make a comeback after four long years with filmmaker Mani Ratnam's ambitious historical fiction drama ‘Ponniyin Selvan’. According to reports, the film will be coming out in two parts, with the first instalment hitting theatres next summer.

While Aishwarya Rai Bachchan has been selective in her film choices, she has remained busy in her other professional responsibilities. She walked the runway during Paris Fashion Week last month, with celebs Helen Mirren, Camila Cabello, and Katherine Langford. She also attended an event in Dubai hosted by the make-up brand which she represents and endorses as well.