Musician AR Rahman's daughter, singer Khatija Rahman recently got engaged to an audio engineer, Riyasdeen Shaik Mohamed. An inside picture from the engagement has gone viral on social media now. 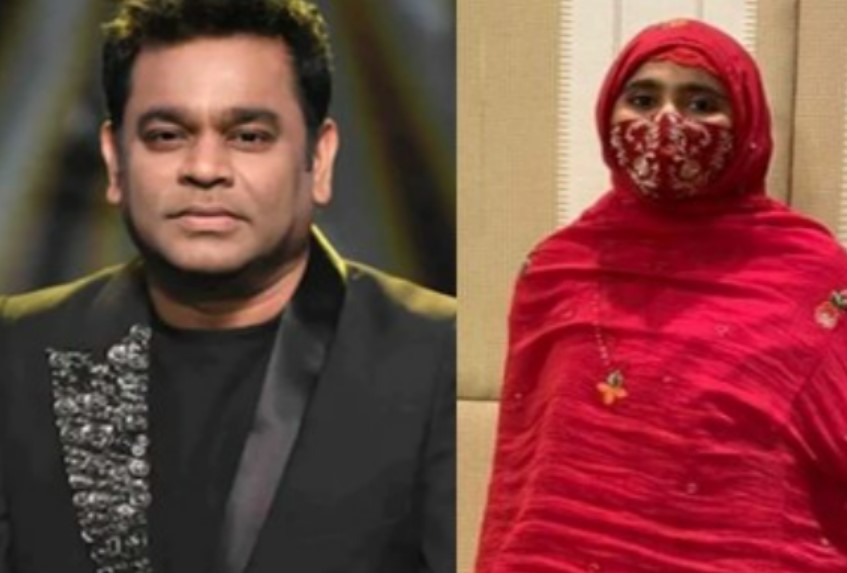 An inside picture from musician AR Rahman’s daughter Khatija Rahman’s engagement ceremony was shared online by a fan club. It has since then gone viral all over the Internet. She and her fiance, an audio engineer, Riyasdeen Shaik Mohamed got engaged in an intimate ceremony on December 29, her birthday.

Khatija Rahman and Mohamed can be seen seated on opposite white couches in the photo. They turned around to take a photo. On the big screen in the back, a photo of her could be seen as well.

On Sunday, Khatija Rahman and Mohamed announced their engagement with near-identical posts. “With the blessings of the Almighty, I’m happy to announce to you all my engagement with Riyasdeen Shaik Mohamed @riyasdeenriyan, an aspiring entrepreneur and a wizkid audio engineer. The engagement happened on 29th December, my birthday in the presence of close family and loved ones (sic),” she wrote. In his post, he described her as a ‘musician, producer and philanthropist’.

She dropped a sweet comment on Mohamed's post which said, “Blessed and grateful to have got you in my life Riyasdeen. In shaa Allaah. Allahumma Barik (sic).”

Many from the music industry, including singers Harshdeep Kaur, Jonita Gandhi, and Chinmayi Sripada, and composer GV Prakash, extended their best wishes to the newly-engaged couple.

The bride to be made her singing debut with the song 'Pudhiya Manidha' from 'Ethiran' composed by AR Rahman. Last year, she sang 'Rock A Bye Baby' for 'Mimi', which was again an AR Rahman composition.

In an earlier interview to Hindustan Times, she had talked about the time she decided to quit music. “I got overwhelmed with all the attention I got for the first song when I was 13 or 14 years old. I took on the pressure of being AR Rahman’s daughter on myself. I did that to myself,” she had said. However, it was her mother, Saira Banu, who convinced her to return to singing.