On International Men’s Day, here are some Bollywood heroes who, by their work and deeds, have always fought for gender equality onscreen and otherwise as well. 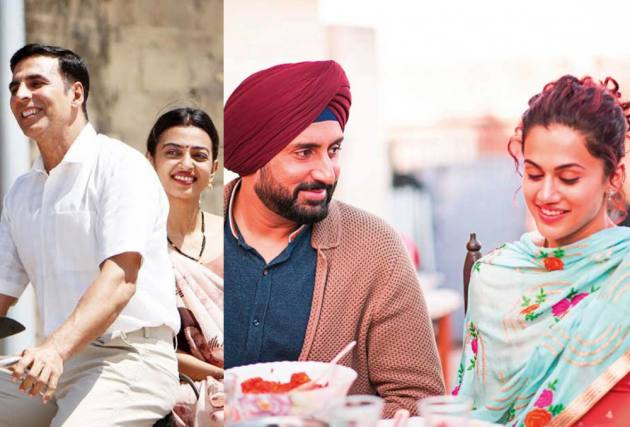 Cynics may say that in our patriarchal society, every day is International Men's Day, but November 19 is all about giving men their due and supporting gender equality, with an emphasis on their mental health and well-being. For those who are unaware, IMD is a relatively recent occurrence, having been celebrated for the first time in India in 2007. Celebrating males, on the other hand, is not new to the Bollywood business, which takes pleasure in producing male role models through their films. As we honour male role models today, here are a few Bollywood icons that have always advocated for gender equality via their work, films, and actions.

In his directorial debut, 'Dil Chahta Hai,' he told the story of three young guys who weren't scared to exhibit their feelings or be vulnerable on the big screen. The scene in Australia where Aamir Khan's character breaks down as life and heartache begin to overtake him is a cinematic treasure. Akhtar's protagonists are often powerful men and women. There is no evidence of toxic masculinity on show. He also notably founded the Men Against Rape And Discrimination (MARD) campaign, which encouraged men to be attentive to violence against women. In many interviews, he has stated that it is the responsibility of both a filmmaker and an actor to avoid offending portrayals on the big screen. In 'Dil Dhadakne Do,' he plays a fiery journalist Sunny Gill who educates Manav (Rahul Bose as a patriarchal spouse) on what defines feminism. In terms of male role models, Akhtar is a keeper and a proponent of being the change you want to see.

With his romantic comedy 'Ki And Ka,' also starring Kareena Kapoor, Arjun Kapoor redefined gender roles and notably put dignity into men who are homemakers. In the blockbuster, he portrayed Kabir, a guy who was married to a wealthy woman and chose to stay at home, a role normally reserved for women, in our patriarchal society. He was self-assured and persuasive as a househusband, and therefore loved by all.

The 'Ginny Weds Sunny' hero has been directed by at least a half-dozen prominent female directors, including Zoya Akhtar ('Dil Dhadakne Do'), Konkana Sen Sharma ('Death In the Gunj'), Meghna Gulzar ('Chhapaak'), Alankrita Shrivastava ('Lipstick Under My Burkha' and 'Dolly Kitty Aur Woh Chamakte Sitare'). He is one of a unique breed of performers that is completely at ease in his own skin and always manages to build a name for himself in female-led films. “The length of my role never really mattered, if the story has a larger impact and if I think I can contribute in any way, I accept those roles with open arms. That sentiment will always remain within me,” Massey had said in a recent interview. Here's a big shout out to performers who refuse to allow gender stereotypes to dictate their professional choices. Massey portrayed Amol in 'Chhapaak,' which starred Deepika Padukone as an acid assault victim, and challenged the conventions of a Bollywood hero. He falls in love with Malti, whose face has been disfigured after she survived a hate crime (acid attack), and is completely convincing.

Akshay Kumar, one of Bollywood's most bankable stars, tackled a taboo subject like menstruation and created an intriguing story about an issue that is rarely addressed in films. Kumar portrayed a progressive guy who starts on a ferocious mission to aid women and openly questions society's male-female status quo. Kumar made this as one of the films that redefined the notion of a Bollywood hero who is often super macho and endearingly poisonous in his behaviour.

We've all seen Bollywood heroes follow a lady who catches his eye until she breaks and embraces his emotions. However, Ajay Devgn was introduced as a kind husband who accepts his wife's life choices in Sanjay Leela Bhansali's magnificent romantic film 'Hum Dil De Chuke Sanam'.

Anurag Kashyap, Bollywood's maverick filmmaker, may not be capable of producing simple love tales as he always has some complications up his sleeve, but his turban-clad Robbie (Abhishek Bachchan) was a hero who embraced his sensitive and gentle side. Even after learning that his wife is having an affair with a DJ (Vicky Kaushal), his character never allows his wrath to destroy his dignity. This was one of the few occasions when males were permitted to be vulnerable on the big screen, and it featured male actors who hadn't figured out everything in life and love.

Imtiaz Ali, the director, has done a lot to normalise heroes who are far from perfect and flawless. Tamasha, a film starring Ranbir Kapoor, is about a man who is a little monotonous and uninteresting in his daily existence. Unlike traditional Bollywood heroes, Ali is an expert at constructing Bollywood heroes that aren't hypermasculine and annoyingly cocky.