Irrfan Was the Original Choice To Play Ranjit Katyal In 'Airlift', Not Akshay Kumar: Nikkhil Advani

Filmmaker Nikkhil Advani has revealed that Bollywood superstar Akshay Kumar had requested him to ask 'Airlift's director Raja Menon to consider him for the lead role. 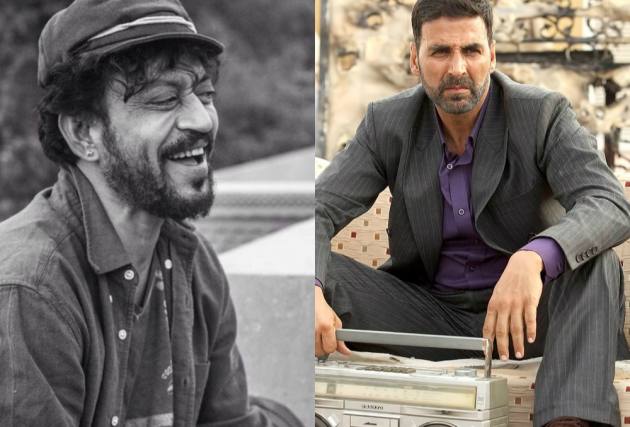 Popular Bollywood filmmaker Nikkhil Advani has revealed that the late actor Irrfan was the first choice to play the role of Ranjit Katyal in ‘Airlift’, which was eventually played by Bollywood actor Akshay Kumar. In an interview. The ‘D-Day’ director recalled a meeting with Akshay Kumar, where the latter was intrigued after listening to the story of the 2016 film.

“I once went to narrate a film to Akshay and he immediately said, ‘No this is not for me’. He asked what else I was working on. I said there is this other film that I’m not directing. A director called Raja Menon will make it, it’s based on a real story. It was ‘Airlift’. Next morning he said, why won’t you offer this to me,” Advani recalled.

“I said ‘because you’ll never do it. There’s no song, the director’s earlier film was ‘Barah Aana’… the numbers just don’t add up’. Also Raja wanted Irrfan for this part. He said ‘can you please speak to him, I really want to do this’.”

Advani was asked about which actor needs the least amount of direction and he heaped praises on Irrfan. Nikkhil had directed Irrfan in ‘D-Day’ alongside Arjun Rampal, Rishi Kapoor, Huma Qureshi, and Shruti Haasan. “Irrfan Khan. What I am today post D-Day is because of him,” he said.

“He taught me how to approach my work. He said stop taking everything so seriously. ‘Tu monitor ke peechhe baith aur mazze le (Just sit behind the monitor and enjoy), and we’ll do our thing. Just enjoy yourself’. Now that’s how I work. It’s how I made ‘Mumbai Diaries’. I’d come to set and figure. It’s very unnerving for everyone around me!” he added.