Is Lack Of Work The Reason Behind The Untimely Death Of Actors Like Sandeep Nahar? 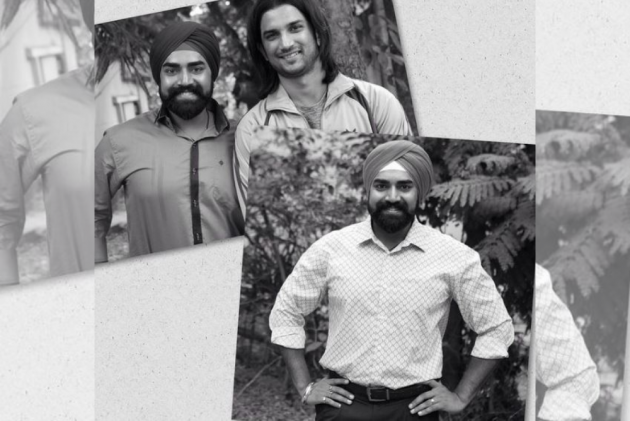 Actor Sandeep Nahar died on Monday evening in Mumbai after posting a video and a suicide note on Facebook in which he purportedly blamed his wife and also mentioned the politics that he faced in Bollywood, police said.

Nahar, who was in his 30s and featured in films like Akshay Kumar's Kesari and Sushant Singh Rajput-starrer MS Dhoni, was found unconscious at his flat in suburban Goregaon in the evening by his wife Kanchan and friends who took him to SVR Hospital, where he was declared dead on arrival.

Talking about the painful situation in the entertainment industry where there is a huge scarcity of work, Bollywood trade analyst Komal Nahta said, “When we read about these suicide cases, we have to remember that most of the actors almost lead a hand-to-mouth existence. When they have work, they splurge. Many don’t have any savings but have to maintain a certain lifestyle as they are in the entertainment industry. So, eight to ten months of no work has really hit them hard.”

The actor had posted a “suicide note” on Facebook, along with a nine-minute video. In the video in Hindi, the actor can be heard saying he was frustrated with constant fights with his wife and was being harassed and blackmailed by her and also by his mother-in-law. The suicide note also mentioned the “politics” he faced in Bollywood, “unprofessional functioning and the lack of emotions in people working in the industry”.

“The top stars, even if they don’t work for another year, nothing in their lifestyle is going to change. They have got savings of hundreds and crores of rupees. But other actors and especially the new ones hardly have any savings. Financers are running dry. So fingers are pointed that that this industry is not just. But then which industry is fair? Nobody is going to come to your house to give you work and it is a very tough, cut-throat competitive world. So, there is absolutely no reason to accuse the industry. This industry is as good or bad as any other industry,” said Nahta. “The real reason is there is not much filming going on and budgets have been cut. If the channels are cutting the budgets of their shows, then obviously the lower rung of stars will take a hit. Similarly, the producers have also become careful and the ones who are at the receiving end are the lower strata of actors. That is the sad reality. It is definitely a scary situation.”

Nahta said filming is affected if there’s a single outbreak. Most actors draw daily wages. If filming is postponed for several days for Covid, many go without work. So, where will the money come from?

“Though the associations have done a lot, there is only so much those can do. Ultimately, it’s your work that will run your kitchen. How long can one survive on charity?” asked Nahta. “There are thousands of actors who are in this situation from web series, films and television. When we talk about actors, people assume they are rich and famous, like ‘Salmans’ and ‘Aamirs’.”

He said there are so many actors who work for Rs 1,000 or Rs 2,000 per day. On top of that, they cannot afford to be shabbily dressed. If you are without work for 300 days which is the case for most of the actors now, then the going will be tough. And most of the actors stay in rented houses. When income is zero, every rupee counts but the bills will still need to be paid.
Filmmakers are not having it easy either. Independent filmmakers, who make small films with better content but with no star actors, could hope for a decent run if there were no big releases. Now, the problem is, if even if there’s no big film release, the audience is steering clear of theatres.

The 100 per cent occupancy rule in the cinemas is not yet applicable everywhere. There are no major releases either. Nahta said, “Reliance entertainment and Rohit Shetty cannot take a risk because their budgets are quite huge. Only the small-budget films can be screened. But people won’t risk their lives to watch small-budget films. It might if it’s a big-budget entertainer. Firstly, people are losing jobs, second, pay cuts are still continuing. Even on platforms like ZEE5, so many people have been asked to leave. Sony has also closed down one of its channels. The scene is bad across channels and production houses and the entertainment industry is in a bad state.”