Telugu superstar Nagarjuna is helping son Naga Chaitanya and daughter-in-law Samantha Ruth Prabhu to reconcile their differences and steer clear away from getting divorced. 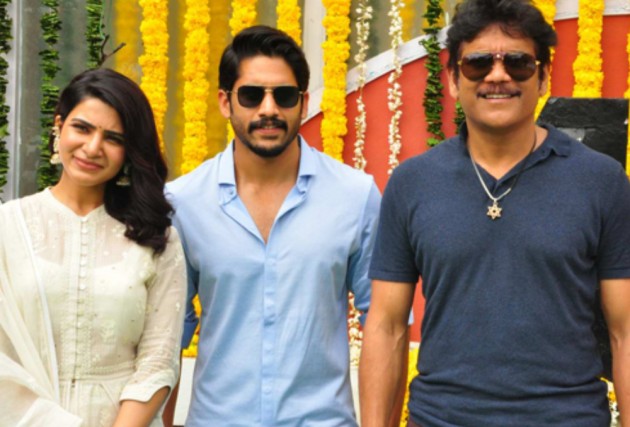 There have been strong rumours going around on social media that actors Naga Chaitanya and Samantha Ruth Prabhu are headed for a divorce. The reports started surfacing after Samantha dropped the Akkineni surname from her social media. It has been reported that Telugu superstar Nagarjuna, father of Naga Chaitanya, is trying his level best to reconcile between the two, and help them steer clear of a divorce.

As per a report on SpotboyE, "Not that Naga Chaitanya is guilty of any sins of marital transgression. He has never cheated on his wife. On the contrary, he has been a loving husband ever since they tied the knot at a simple ceremony in Goa in 2017. Ever since then, he has been the portrait of a loving husband. So much so that when he had to be rude to his wife on screen in the film Majili, Naga found it very difficult to look into his wife’s eyes with hatred for the camera. Now when he is asked to mend bridges with Samantha, he doesn’t know where to start."

Reports even suggest that the two have met marriage counsellors as well, and have even approached the family court. However, the reports of the same have not yet been confirmed by anyone in the family. It is being said that Nagarjuna is also trying to ensure that the two don’t head anywhere near divorce. He is trying to clear out the misunderstandings and the differences between the husband and wife.