While we wait for 'Spiderman: No Way Home’ to hit the theatres on 17 December 2021, let's take a wider look at the iconic Spiderman character and the actors who played it. Read on! 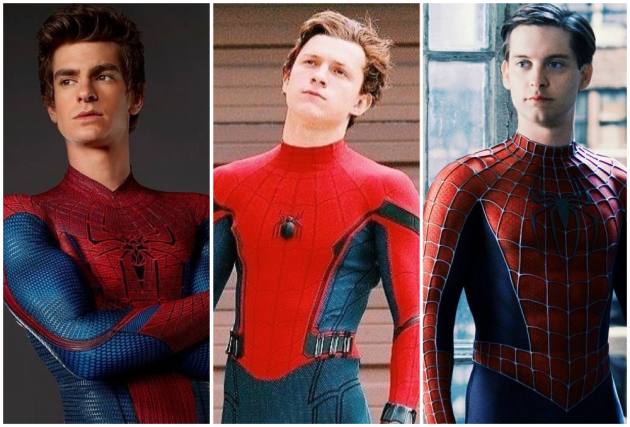 Your friendly neighbourhood Spiderman is back, but this time the situation seems grim. Marvel Studios dropped the second trailer for 'Spiderman: No Way Home,’ making the fans excited to watch their beloved superhero come back on the big screen.

The trailer picks up where 'Spider-Man: Far from Home' left off - in the 2019 film. The trailer shows Peter Parker hoping if he could go back in time and protect his identity. He requests Doctor Strange to cast a spell and bring back his normal life, where no one knew about his true identity. Doctor Strange accepts but is advised by Wong that messing with space and time never ends well. And that is what eventually happens. Doctor Strange opens up the multiverse, as a result, all of Spiderman's archnemesis come back.

The trailer features a lot of familiar faces, and it wouldn't be very hard for the fandom to recognize them all. Benedict Cumberbatch will be seen as his iconic character Doctor Strange apart from him, the film features villains from the past Spiderman movies. Electro, Sandman, Lizard, Green Goblin, and Otto Octavius are all seen in the trailer, which all together raises the hype for the film by manifolds.

Although one question still lingers in our minds. Where are the previous Spider-Man? which obviously makes a lot of sense. Before the worldwide trailer release, social media was buzzing with leaks that show Tom Holland, Tobey Maguire, and Andrew Garfield in one frame. Fans were expecting to get a glimpse of these iconic heroes in the second trailer, but
sadly we did not get to see cross-over.

One thing that we know for sure is Marvel never reveals much about the plot in the trailer and always saves up the good material for the audience to experience during the film. While we wait for the film to hit the theatres on 17 December 2021, let's take a wider look at the iconic Spider-man character and the actors who played it.

In 2002, when people were not that familiar with superhero movies, a certain film hit the theatres and took the world by storm. Tobey Maguire played the live version of a comic book character, and the audience was spellbound to watch something completely new. Everything about the movie exceeded our expectations and welcomed us to a new age of cinema, where every action scene is equal to a roller coaster ride. This gave birth to two other blockbusters 'Spider-man 2' and 'Spider-man 3,' which also received massive love from fans all around the globe. Maguire is known for playing the role of a shy dorky nerd who transforms into a confident personality once he puts on the Spider-man mask. His exceptional acting skills left a mark on the minds of all Marvel fans out there, and thus he is often regarded as one of the best Spider-man by many. And, how can we forget the iconic Symbiote Costume or the black spidey suit that he is seen wearing in 'Spider-Man 3.'

Interestingly the villains from all these movies are set to appear on 'No Way Home.' Dr. Otto Octavius, Sandman, and Green Goblin will all be seen fighting Tom Holland's Spidey in the new film.

After Tobey Maguire's trilogy ended, Andrew Garfield made his way to the Spiderman Universe with 'The Amazing Spider-Man.' Although the movie ranked much higher in terms of VFX and special effects, fans were not that excited after watching the movie. The reasons for the underperformance of Garfield's film are many, and a lot of opinions are surfacing all over the internet, but one significant reason that stands out is that it couldn't live up to Maguire's portrayal of the character. Thus, when 'Amazing Spider-Man 2' came to the theatre, fans were not that thrilled with it either and the duology really struggled to make a mark on the viewers.

The villains from Garfield's film will also be seen on 'No Way Home.' The Lizard and electro will make their way to Holland's spider-man universe.

The latest actor to take the role of our beloved Web-Slinger was Tom Holland. With 'Spider-Man: Homecoming,' MCU embarked upon a new journey, and the character of spider-man also got way more engaging with connected timelines and the multiverse twist. First seen in 'Captain America: Civil War' Holland instantly clicked with the audience and is often regarded as a very suitable person for the role.

Holland's on-screen chemistry with Robert Downey Jr's Ironman is enjoyed by countless Marvel fans across the globe. And, without a doubt, the interesting technological upgrades that he got from Tony Stark are a treat to watch on screen.

The comic touch and the charm that Holland brought with the role are also liked by the audience. Thus his version of the superhero truly resembles the comic book version. With 'No Way Home' Holland's part as Spider-man will also come to an end, making the film the last of the franchise.