'It Was Like A Reunion Of 80s Actors': Poonam Dhillon On Her Comeback Web Series 'Dil Bekarar'

In an exclusive interview with Outlook, actor Poonam Dhillon talks about her comeback to the screen with the OTT show 'Dil Bekarar' and the changing rules of acting in Bollywood. 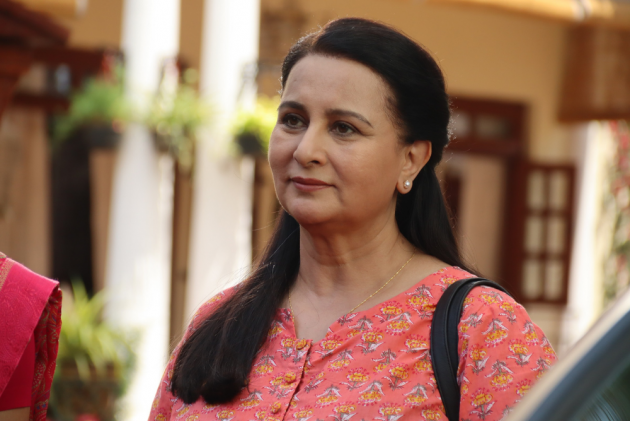 Veteran Bollywood actor Poonam Dhillon is set to make her comeback with a web series titled ‘Dil Bekarar’ which will be releasing on Disney+Hotstar. Dhillon never aspired to be the number one star because she believes that if you are running after numbers, then you don’t really enjoy the process of learning. In an exclusive interview with Outlook, the actor talks about her comeback on the OTT platform, ageism in Bollywood and the difficulty in getting meaty roles for actors after a certain age like in Hollywood.

After working in multiple films over the span of your career, what was the experience of working in ‘Dil Bekarar’, a web series, like?

I was expecting it to be way different, but I feel the whole experience was gratifying I would say as I was working with people I was comfortable with. Director Habib Faisal is on the wish list of most actors. Raj Babbar was my co-star in many films and then Padmini Kolhapuri was also there. So, it became a very comfortable group of people to work with. The pandemic was the only bummer. For all the actors of the 80s, shooting the film together was a kind of reunion. We were all catching up after a long time. And it was so much fun creating the 80s era because the web show is kind of placed in the 80s.

How has the art of acting changed over the years?

Today what is required is absolute natural acting, not overdramatic at all. Dialogues are not delivered as 'dialogues' but rather as spoken words. The method of shooting is also different because now there are no cuts and the entire scene is shot in one take. That was something new that I had to learn the whole scene and be spot on. During our times we used to shoot in bits with breaks, so we never had to learn the entire scene at one time. In today’s time, you need to know your lines from the beginning to the end. Today it is much more realistic. In our times even if we had to show a slum, we were trying to glamorize it. Now there are a lot more interesting roles. There are a variety of characters that you get to play because as heroine you are normally a prototype. I am happy that I don’t have to dance around trees.

You had once mentioned that you never aspired to be the 'number one' star. Why so?

If you are running to be number one, you are in a way asking for anxiety and frustration and you are in a way not enjoying what you are doing. You are busy watching somebody ahead of you or behind you. When you talk about sports too, yes you aspire to be the best, but it cannot always be about competition. When I started acting, I felt I knew nothing about the craft at that time, so I was busy learning. Whatever I have achieved in life, I got it quite smoothly and I was appreciated for my good work. I always wanted to do better and polish my craft, but not in terms of numbers. I had the good luck to work with the super actors like Sanjeev Kumar, Amitabh Bachchan, Kamal Hassan and Rishi Kapoor. They were all actors who inspired me.

On ageism in Bollywood, how difficult is it for women to get work after a certain age?

It depends on what you are looking for. If you are still looking at doing romantic roles and wearing pretty clothes, like what I did thirty-five years ago, then I would be obviously disappointed. But yes, if you compare this scenario with Hollywood when it comes to getting meaty roles for women who are forty or fifty plus, then options are definitely lesser. But with OTT things are definitely opening up. With OTT we have roles and characters which are specially made for women and men in their forties, fifties, sixties and eighties. I can see the change happening.