'It wasn’t my best day': Dwayne Johnson On His Public Feud With Vin Diesel

In an interview, the 49-year-old, spoke about speculations surrounding his relationship with Diesel and his now-deleted Instagram post where he called the latter out during the filming of their movie. 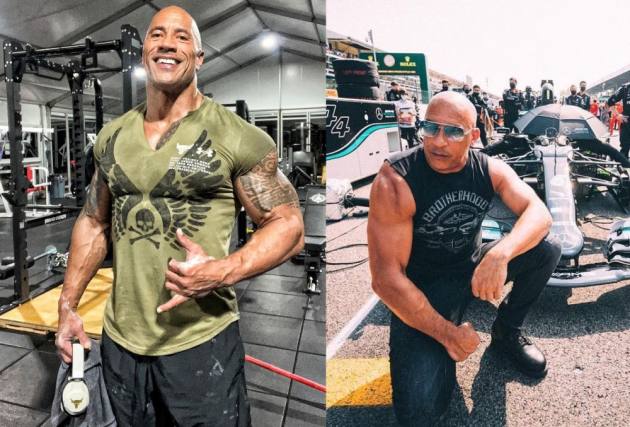 Hollywood star Dwayne ‘The Rock’ Johnson recently opened up about his public feud with ‘Fast Five’ co-star Vin Diesel. In an interview, the 49-year-old, spoke about speculations surrounding his relationship with Diesel and his now-deleted Instagram post where he called the latter out during the filming of their movie.

“It caused a firestorm,” Johnson said, adding that crew members from the movie later thanked him quietly for standing up. “It wasn’t my best day, sharing that. I shouldn’t have shared that,” Johnson opened up, referring to his infamous post about Diesel.

Regretting making the feud ‘public’, the 'Jungle Cruise' actor added that his post went against his ethics. “Because at the end of the day, that goes against my DNA. I don’t share things like that. I take of that kind of bulls**t away from the public. They don’t need to know that.”

For the uninitiated, the in the post Dwayne had written, “When you watch this movie next April and it seems like I’m not acting in some of the scenes and my blood is legit boiling - you’re right.”

Despite instantly deleting the post, some of his fans could figure out that something was wrong between Johnson and Diesel. “#ZeroToleranceForCandyA**es,” Dwayne had penned as a closing caption to his post.

While reflecting upon the same during his interview with Vanity Fair, Johnson revealed that “nothing specific” had happened as it was “the same old s*t.”

The actor revealed to have had a “meeting of clarity” with Vin Diesel where they had a “good chat”. After the meeting, as Johnson noted, it became “crystal clear” to him that Diesel and he were “two ends of the spectrum.”