Now Showing: After Covid-19 Intermission, 'DDLJ' Returns To Mumbai Theatre Where It Has Been Running For 26 Years 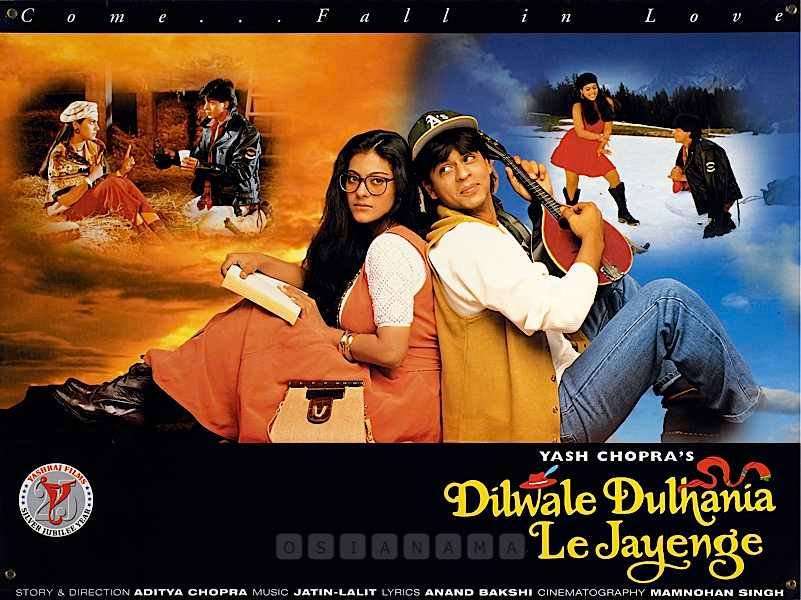 As theatres open up in Mumbai on Friday, actor Shah Rukh Khan’s ‘Dilwale Dulhania Le Jayenge’ will go back to its original glory time of 11:30 AM at Maratha Mandir, informs the Executive Director of the theatre, Manoj Desai.

Actor Shah Rukh Khan’s longest-running film, ‘Dilwale Dulhania Le Jayenge’, has been running non-stop at the iconic Maratha Mandir cinema hall for the past 26 years. The film had been running a matinee show at 11:30 AM since its initial release in 1995 and until March 2020, when the theatres were shut down due to Covid restrictions. The film began screening once again in November 2020 when the Maharashtra state government allowed theatres to open up with 50 per cent capacity, but it again got halted during the second wave of Covid-19 as per the government guidelines.

Watching the film at that theatre has become one of the topmost touristy things to do in Mumbai. As the theatres reopen in Mumbai tomorrow after a long time, ‘DDLJ’ is set to go back to its glory time of 11:30 AM once again.

REPLUG From Magazine | My Name Is Shahrukh Khan

From The Editor's Desk | Shah Rukh Khan: Look At Him Looking At You

Talking about the same, Executive Director of Maratha Mandir, Manoj Desai says, “As the theatres open up tomorrow, we are getting back to our schedule of running ‘Dilwale Dulhaniya Le Jayenge’ (‘DDLJ’) at Maratha Mandir from the 11:30 AM show. If the public comes then it will continue to run, as usual, otherwise, we will have to cancel the show. It’s been 26 years now that the film has been running at Maratha Mandir. Till before the lockdown there had never been a break ever in the shows of DDLJ. It had been a smooth sailing show always.”

Despite the financial crunch due to Covid-19, the theatre has decided to continue with the ticket rates of Rs 20 for the stall, Rs 25 for the dress circle and Rs 30 for the balcony. The theatre has an occupancy of 1100 people and on a daily basis and at least 200-300 people used to come in to catch ‘DDLJ’, up until the lockdown. As the theatre is located right opposite a major railway station and a bus depot, a lot of people coming into the city just halt for the matinee show and take a breather before they start their journey. Also, the ‘DDLJ’ show gets footfalls from lots of couples. There are also loyal fans of actor Shah Rukh Khan and actress Kajol, who keep visiting the theatre to watch the show time and over again.

With the pandemic still not over, the theatre might not see a Housefull, but pre-Covid there had been days when the theatre would post the Housefull board outside the ticket windows for the ‘DDLJ’ show. From what has been commonly known, Maratha Mandir wouldn’t stop screening ‘DDLJ’ till the time YRF decides to stop screening it. Filmmaker Yash Chopra was always very respectful towards the exhibitors and distributors and by continuing to play ‘DDLJ’ it is sort of a tribute that the theatre pays to the genius of Chopra. Playing ‘DDLJ’ has become a tradition at the theatre, and therefore it wouldn’t be stopped screening anytime soon.

Talking of the present day, movie theatres across the country have opened up for quite some time now. However, theatres in Mumbai and entire Maharashtra had remained shut as per the state government’s Covid-19 rules. They are going to reopen starting today with 50 per cent occupancy. If nothing untoward happens, the government might soon allow theatres to shift to 100 per cent occupancy.