It's Overwhelming To Be Called National Crush After Mirzapur Performance: Harshita Gaur

In an exclusive interview with Outlook, Harshita aka Dimpy Pandit of Mirzapur opens up about her role in Mirzapur 2, iron-willed Mirzapur women, and her choices both in reel or real life.

Be it acting, dancing or education - Harshita Gaur has wowed the crowds with her 'Intriguing' personality. She has proved that if you've got fire in your belly, nothing is impossible.

Hailing from a family of doctors, Harshita inked fame to her name in Bollywood on her own. She started her acting career with modelling before she made her television debut in Channel V's Youth show 'Sadda Haq.' She grabbed many eyeballs for the portrayal of Sanyukta Aggarwal and instantly rose to fame, following more television shows, commercials and also movies.

Recently, Harshita Gaur A.K.A Dimpy Pandit of Mirzapur has left everyone awestruck with her stalwart performance and charming personality. Not many of us know that she is a certified Kathak dancer and an Elecronic And Communication Engineer, apart from a renowned Actress.

In an exclusive interview with Outlook's Arshi Khanam, Harshita Gaur opens up about her passion for acting, her role in Mirzapur 2 and how iron-willed are Mirzapur women. she also talks about her choices both in reel or real life.

How has your character 'Dimpy Pandit' evolved with the sequel of Mirzapur?

Dimpy Pandit's character definitely has evolved with the sequel of Mirzapur 2. With having her father's values still intact, her reality is shifting in season 2, after the death of her brother and her friend. There is a conflict in her mind and that transition is interesting to watch. She's seen her brother's death, her best friend's death in front of her own eyes, but the fact is that even though she's with her brother & father in both the ways, whatever she's chosen, she's chosen them for herself, she's strong, but she will not go the violent way.

Dimpy Pandit's magic has left everyone in 'awe'. How does it feel to be called the national crush after your performance in Mirzapur season 2?

Well, it feels nice and overwhelming to be called a national crush after my performance in season 1 & 2 of Mirzapur, and it's just a very overwhelming and a nice feeling, where audiences are liking you. I'm glad that they also loved the normalcy of Dimpy's character and understood her character and the path that she's chosen for herself. They also loved her chemistry with Robin.

One word for the women of Mirzapur. What is that one thing you found most intimidating about your character?

Women of Mirzapur are strong for me, and that strength is not only about picking up a gun. I think they're at the point where they make a decision and put it out in the world that this is my decision or this is how I look at the world. Also, one thing that I found most intimidating about my character was the fact that Dimpy stops at a point where she's about to kill someone. It's like, once you pick up a gun or a knife and you are in the position of power to kill someone, there is a very different sort of power that comes into you, but when you stop yourself there, I think that's a great portrayal of Dimpy's strength. And I think that's also intimidating in a way that, you know she can go the violent way but she chooses not to.

How has the pandemic impacted you? Any tips/regime you followed during the pandemic, that you would stick to in the future as well?

So the pandemic has impacted me in a very positive way where I've also become that person who tries to be in the moment and enjoy the present as much as possible. It has made me realise that we all have plans but everything that we have is in the present. Tips and regime is that I started following this rule of not picking my phone up for the first half an hour to one hour when I wake up and that's the time that I spend with myself, I do my meditation or you know any other thing that I want to do, but I don't touch my phone. I don't see what the world is telling me. I want to really hear the inner voice, and this is of course that one habit that I will stick to for the rest of my life where I don't see my phone for the first 30-40 minutes after I wake up.

A role you would like to reprise from any of your favourite series?

Dimpy's character is still going on and hopefully even I as an audience, want that season 3 comes, but something that I've done in the past I would really want to and would like to get back into Sanyukta's shoes and portray her somewhere, as she was also a very very strong character.

Mirzapur's Dimpy or Sadda Haq's Sanyukta and why?

I can't really choose because they both have different senses of strength that they had. In Sadda Haq, we have really seen Sanyukta's Journey, and on other hand there's still more to see in Dimpy's character. But they have been two most important pillars of my career up till now and I don't think I can choose between them.

You're a qualified electronics and communication engineer, then how did you land up in Bollywood drama?

Engineering happened to me only because I come from a family of doctors and they always wanted me to have a professional degree and that's very understandable because they didn't really relate to this world. I've always wanted to be an actor . I've been a performer always since school and college days, I used to do Kathak and stage performances. Even as a child, my mom tells me now, I used to just mimic everybody who I would meet and then it later on became the on-screen thing. And with time I realised how passionate I am about the craft.

What is your first 'go-to' solution to beat stress?

My definitely first go-to solution to beat stress is to start counting things that I'm grateful for today that have happened or maybe in the past few days or in general in my life and the moment you start and count literally five things that you're grateful for in your heart it really helps. It helps me and I begin to breathe normally and feel stress-free.

You're a certified Kathak dancer. In what way dancing inspires you?

Yes, I am a certified Kathak dancer, but I have to get back to full-fledged practice. I haven't been able to do it since a year as I had a meniscus tear, resulting in a major knee injury. Now that it has healed, I'm hoping to get back to dancing. I remember my days of performing on stage and going on with the rhythm of the music and that aspect of 'the show must go on' inspires me about dancing.

As long as a good project is happening, I am offered an interesting character, I'm up for it!

Acting.I think that the part between action and cut is just sort of liberating for me. Dancing, I can still put on the second priority. Also, I'm sure as an actor I can always get a chance to be a part of a Dance movie!

Definitely Guddu Bhaiyya and there's no question about it. He's my brother and I understand his pain. 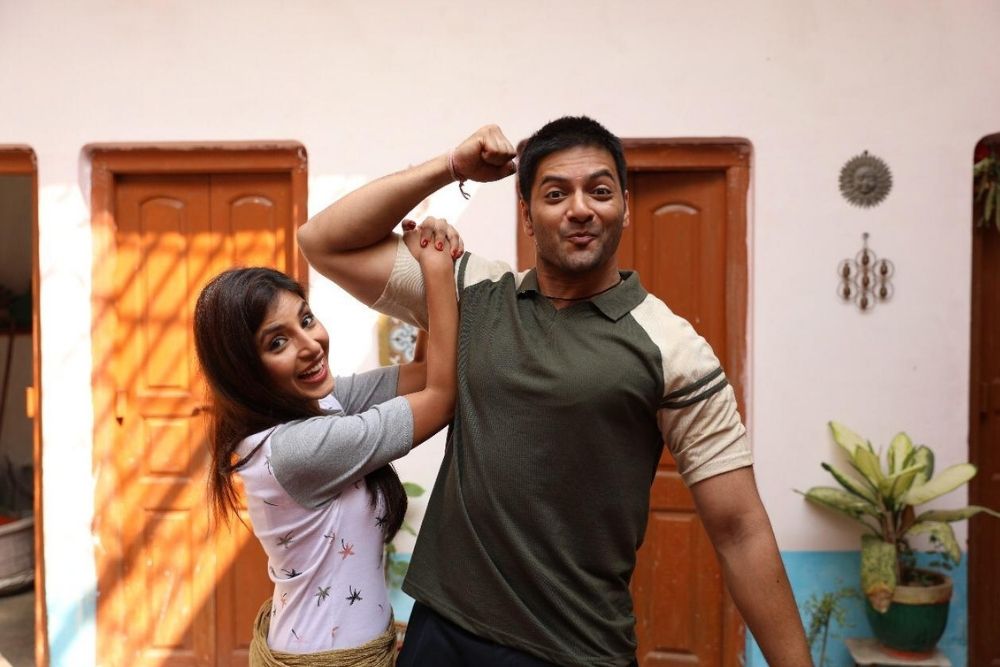