While the first motion poster is set to be released on Wednesday (December 15), the makers have launched a teaser in which Ranbir Kapoor is introduced as Shiva. 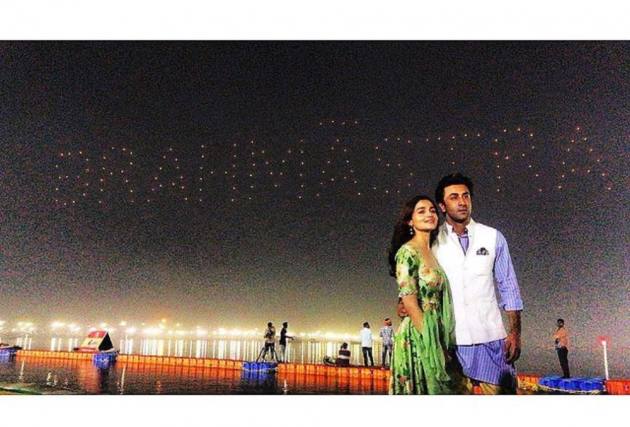 Mukherji celebrated the teaser's release on social media, saying that it "feels surreal that we're finally putting a piece of our film out into the universe."  Bachchan, Alia Bhatt, Mouni Roy, and Karan Johar all shared the video.

Amitabh Bachchan introduces Kapoor’s character, who plays Shiva in the film. In the 19-second-long video, Kapoor is seen covered in flames with his arms stretched out to show off his perfectly ripped body. The video had a voice-over by Bachchan, who said that it is the beginning of the end. According to Ayan Mukherji, the image in the teaser that is currently causing a stir on the internet was taken right at the start of the film's shoot.

T 4128 - Our journey of sharing BrahmÄÂÂstra with the world is finally beginning!

Brahmastra: Part One, which was initially supposed to release in December 2020, has been delayed multiple times owing to the COVID-19 pandemic. Four years after it was announced. On December 15, the filmmakers are hosting a special fan event in New Delhi.

Holding my breath in anticipation & folding my hands in invitation ðÂÂÂÂÂÂ
The air seems to stand still around me, as I call out to all the fans who have waited patiently for just this moment - Join the epic trio of #Brahmastra at a grand stage that we've set to introduce our Shiva! pic.twitter.com/c4ADllYOuX

'Brahmastra' is a three-part film series, with Ranbir playing Shiva alongside Amitabh Bachchan and Alia Bhatt in the first part. Mouni Roy, Nagarjuna, and Dimple Kapadia all play key parts in the film as well.