Jada Pinkett Smith, the actress who played Niobe in 'The Matrix,' recounts her initial response after seeing the film's storyboard. 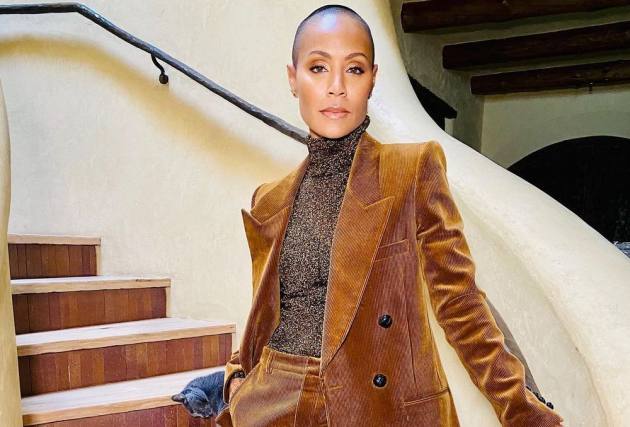 Jada Pinkett Smith describes her response to reading the script for 'The Matrix'. The actress played Niobe, a member of the Resistance and captain of the ships Logos and Logos II, in the second and third 'Matrix' films, 'The Matrix Reloaded' and 'The Matrix Revolutions'. Will Smith, Pinkett Smith's husband, was originally considered for the lead part of Neo, which went to Keanu Reeves. Both have returned for 'The Matrix Resurrections', a reimagining of the franchise that will be released in theatres and on HBO Max on December 22.

The Wachowski brothers wrote and directed 'The Matrix', a groundbreaking science-fiction film that is frequently regarded with kicking off the cyberpunk trend. Reeves plays a computer programmer who discovers that humanity is unintentionally trapped inside a synthetic reality built by intelligent robots to keep humans docile while they feed on them for energy in his career-defining role.

Neo and others are able to break the laws of physics and quickly upload numerous skillsets and abilities into their repertoires after they unlock the truth of the Matrix.

Pinkett Smith described her initial response to reading the script for the original Matrix movie from 1999 during a recent interview with EW. Despite the fact that Pinkett Smith only appeared in the two sequels, her husband was considered for the role of Neo. This allowed her to glimpse the film's storyboards, which she compared to Japanese animation.

"I remember getting the storyboards when they wanted Will to play Neo. I was going, "Man, this is really revolutionary. This is like Japanese anime [but in] live-action." It had never been done before. I'm a huge Japanese animation fan, so from then on, they had me. When they called me to play Niobe [for the 2003 sequels 'The Matrix Reloaded' and 'The Matrix Revolutions'], I didn't have to read anything. I was in." she said.

When it came to the action scenes in 'The Matrix', the Wachowskis borrowed a lot of inspiration from Japanese animation. The directors have not been shy about saying that Mamoru Oshii's famous 1995 anime 'Ghost in the Shell' had a significant effect on 'The Matrix'. The Wachowskis also wrote and produced an animated companion feature, 'The Animatrix', in 2003, which is made up of nine animated short films that provide backstory for the film's universe.

Lana Wachowski is the only director of 'The Matrix Resurrections', her first in the series without her sister, Lilly, while there's no reason to suppose the fourth picture won't have more of the anime-inspired action that made the first 'Matrix' so beloved.