Here's a look at the Tamil and Malayalam films that are headed for an OTT release: 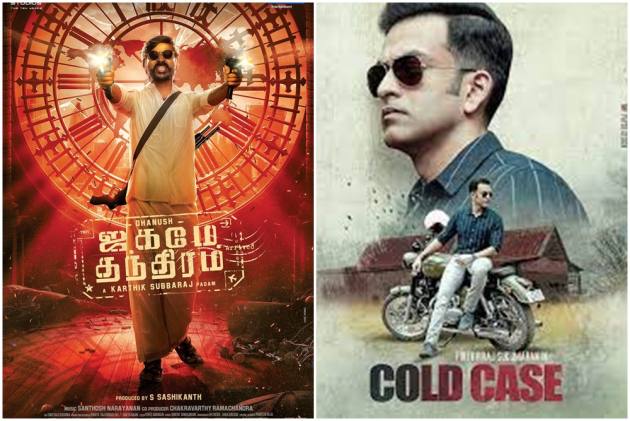 Dhanush’s Tamil film ‘Jagame Thandhiram’ is set to release on Netflix today. This will be Dhanush’ first direct OTT release. Amid rumours about the film’s OTT release had been doing the rounds for a while, actor Dhanush and director Karthik Subbaraj made it clear that they wanted it to be a theatrical release. However, the uncertainty over when theatres will reopen has made the team go the OTT way.

Here's a look at the Tamil and Malayalam films that are headed for an OTT release:

After 2019’s ‘Petta’, this is Karthik Subbaraj’s upcoming feature length film release. This multi-star cast film with Dhanush and Aishwarya Lekshmi in the lead was majorly shot in the United Kingdom and is expected to release on Netflix India on June 18 at 12.30 pm across 190 countries in 17 languages.

Fahadh Faasil’s ‘Malik’ was scheduled to hit the theatres along with Mohanlal’s ‘Marakkar’ on May 13 this year, however, they had to cancel and reschedule. Keeping Covid situation in mind, Producer Anto Joseph, later, announced that the film would have a direct OTT release, however, he is yet to reveal the platform or the date.

This is Prithviraj’s investigative thriller, produced by Anto Joseph. Fans are eagerly waiting for more details and the release date of the film.

The upcoming comedy drama, starring actor Shiva and Priya Anand’s is rumoured to release on Amazon Prime video. The official confirmation from the makers is yet to be made. The film has been awaiting a release date since 2019.

The political comedy drama, co-starring Manjima Mohan, Raashi Khanna, Karunakaran, and Samyuktha, is expected to release on Disney + Hotstar. The official date of its release is yet to be announced.