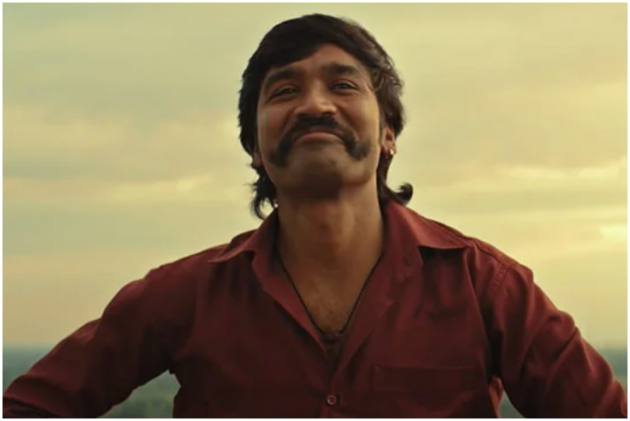 Any Dhanush movie raises expectations of being entertaining, different and a box office success, all at the same time. Well, not necessarily a blockbuster always, but nonetheless building enough hype to keep the cash registers ringing.  His latest Jagame Thandhiram has received mixed reviews so far, but the fact that many filmgoers are talking about it, amply proves how popular he is, and that, sooner or later, film buffs will catch it on the OTT platform. Needless to add, because of its easy access, it’s already more than a moderate hit.

Without pretending to be original, and thus alerting with spoilers, here’s one: It’s everything that one would expect in any Dhanush film: gangsters, fun-filled sequences, chases, fights, emotions, song and dance, and of course, some romance thrown in. Despite a very significant global issue that plagues the world - that of illegal immigration - being one of the key elements on which the premise is based - the film fails to take a deeper look into the seriousness of such a grave problem. In fact, the Karthik Subbaraj-directed film in its entire 157 minutes, never takes itself too seriously. I guess, when one is aware of what anticipation his lead actor’s fan following has, one doesn’t need to try too hard to digress from the primary aim of presenting the superstar in a challengingly new avatar!

Jagame Thandhiram is about a nomadic gangster who finds himself caught between good and evil in a fight for a place to call home. That Subbaraj wouldn’t give enough screentime to the potent issue of immigrants is a given.  What one is a bit surprised about are the White villains who not just hover around mouthing dialogues in English, but have quite a lot of heft in terms of the length of their characters. Well, the backdrop of race-based view of discrimination, labelling and prejudice signifying anti-immigration movement in Britain that also has another gruesome reality of imprisoning of illegal immigrants in privately-owned detention centers, couldn’t have been dealt with without showing some White owners.

A small-time gangster who owns a parotta restaurant in Madurai, Suruli’s (Dhanush) marriage is called off when the bride’s family gets to know of his ruffian ways that prompt him to even commit murder. So when he is offered to join a London-based gang leader ‘Peter’ (James Cosmo) and his men to assist him and take on another underworld don's operations led by Sivadoss (Joseph 'Joju' George) and his gang, the offer seems too attractive to decline. Sivadoss is also an immigrant from Sri Lanka who is growing in strength and is also taking control of the illegal weapons trade that leads to his accruing enough gold in London. At first, ignorance is bliss for the supremely confident and gifted Suruli who has his hands full as he slays the phirang henchmen with his desi moves and style. But soon, the naïve Suruli is somewhat cornered with multiple dilemmas around the grave concern that words like ‘home’, ‘country’ and ‘belonging’ entail. Quite obviously,  the loutish, entitled and cheerful guy had never known any of these problems back home in Madurai,

The film scored by having its heart (though not necessarily its soul) at the right place. And so, the principal plot revolving around the immigration law becomes rather camouflaged in a gory tale of violence, bombings, and killings. Possibly not getting enough courage to delve deeper into the geo-political conflicts related to immigration, the writers play it safe and let Dhanush’s charm and screen image dominate the narrative. Where it fails is the oversimplification and a cursory juxtaposition of such a crisis that the world is trying to deal with. And that I have a huge problem with!

While merging pure entertainment that relies heavily on the hero’s charm and box office image and a crucial international predicament, the writers don’t just fail to clearly define their stand but also deal with the issue in a superficial manner. Though on closer scrutiny, one does get to fathom that the empathy for the beleaguered refugees seems like a just cause for the writer/director. The only character who is given some interesting lines and a definite description is Murugesan (Gajaraj). He washes dishes at Suruli’s restaurant and smilingly says that each dirty plate has a story that he finds very engrossing!

Perhaps the storyline was later peppered with genocide in Sri Lanka, a sob tale of a missing father and a child to add some substance to a full-on action and otherwise gangster movie. Does it then help us comprehend the filmmaker’s understanding of deep-rooted complex politics that abound the immigration crisis? Not really. It only goes on to project a smooth and clever albeit insincere approach to a worldwide dilemma.

The biggest victim of the plot however is its lead hero, Dhanush (not Suruli!) who jumps from his comfort zone to a somewhat awkward place, making him look fatigued. Suruli’s sudden transformation from an unrelenting and remorseless criminal to someone fighting for justice is too impulsive

The charming Attila (Aishwarya Lekshmi) plays a local pub singer but her back story looks forced. Despite enough dialoguebaazi when she gets to emote and deliver long lines to justify her presence in a film otherwise filled with bloody action, her character’s sudden change of heart remains unexplained.

Overall, must you watch, if you want to check your boxes with yet another one of Dhanush's films!

(The writer is a film critic and a freelance features writer who covers art, music, books and culture, besides writing on social issues. Views expressed are personal and do not necessarily reflect those of Outlook Magazine.)