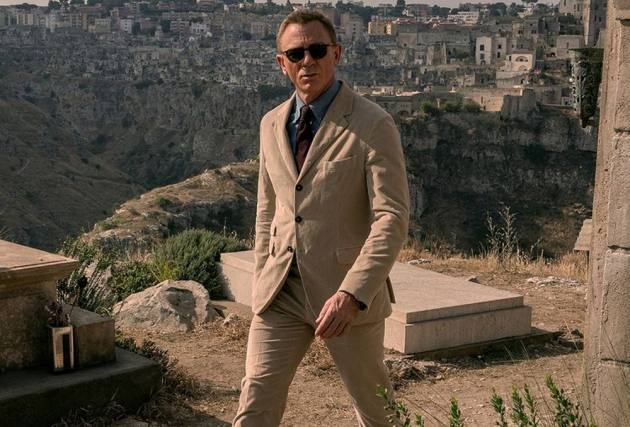 Fans and social media went into frenzy after Hollywood actor Daniel Craig who is best known for playing the spy James Bond in movies has been made a Companion of the Order of St. Michael and St. George (CMG) in the United Kingdom’s annual New Year Honours List.

Craig being bestowed with the honour has received mixed reactions on social media.

The least deserving James Bond, but definitely the one with the biggest ego. This is an insult to the diplomats and actual spies who risked their lives for this country.

Daniel Craig in line for a CMG - a highly prestigious award usually handed to senior diplomats and spies.

Nice touch - Daniel Craig, who bowed out as James Bond, has been made a Companion of the Order of St Michael and St George.
It is the same honour that the fictional spy himself received, and which author Ian Fleming wrote was usually given "on retirement from the Secret Service".

OK I like they gave Daniel Craig the CMG (the standard honour for MI6 types amongst others) rather than a normal actor honour.

Daniel Craig given an honour for playing James Bond! Aint that his job, to act and be paid a very large sum of money for doing it! These honours need scrapping or reforming.

Craig has been recognised for ‘services to film and theatre’. The honour is also bestowed upon author Ian Fleming’s 007 fictional character in his books.According to Hindustan Times, in September, the actor was promoted to honorary commander in the Royal Navy of the United Kingdom, the same rank as Bond in the films.

The 53-year-old actor's CMG follows the release of ‘No Time To Die’, in which he played his iconic role for the final time. In 2021, the movie became one of the highest-grossing films in the United States.

The CMG chivalry order was established on April 28, 1818, and is named after two military saints, St Michael and St George. The monarch appoints its bearers, who can wear it strung on a ribbon around their neck on special events. Diplomats or individuals who provide important non-military service in a foreign country, including spies, are frequently given the honour.

As per Deadline, the annual compendium of honours bestowed by the Queen also included achievements in the fields of government, education, politics, sports, community service, the arts and most importantly the health industry.