Janhvi Kapoor has expressed her concern about the lack of work prospects and the financial hardship that people face during the pandemic. 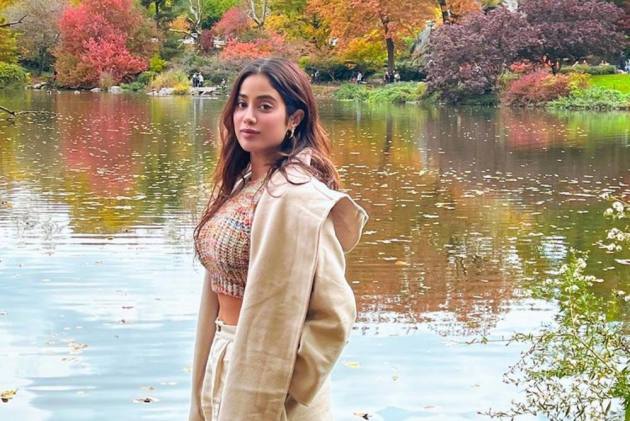 Even in the midst of the pandemic, Bollywood actress Janhvi Kapoor was one of the few to have a theatrical premiere last year. 'Roohi' (2021) was released during a "tough time" when the destiny of most films was uncertain, she feels, “It made me feel very lucky. It was an experiment in trying to gauge the climate of films during the pandemic. People did come out to see it in good numbers, which was encouraging.”

Currently, she is working on projects such as 'Mr And Mrs Mahi,' 'Good Luck Jerry,' and 'Milli.' Despite her comment about feeling "under-exposed" as a performer, Kapoor reveals, “I’m super thrilled about my films and extremely hopeful about all of them. More than anything, I’m excited about getting started on the process of becoming the characters I’m going to play in my upcoming projects.”

Her recent cooperation with her father, producer Boney Kapoor, on 'Milli,' adds to her excitement. “I’ve always heard stories about how magnanimous a producer he is and how he spoils his directors and his entire team. I got to witness it. There’s always this fear of not spending enough time together, and this experience ensured that we’re professionally tied to each other. I feel very thankful for that,” shares the 24-year-old actor.

But is she concerned about the growth of Omicron cases and the implications for the entertainment industry? “We were just getting a sense of theatrical releases and resuming shoot life. I’m concerned about financials, job opportunities, and the vision that everyone has for their releases. Having said that, I believe that in this situation, there’s no point losing sleeping over it because people’s health, well-being, and lives are at stake; the country’s future is at stake,” Kapoor concludes.

Janhvi Kapoor is currently working on a number of projects. She has completed filming for her forthcoming film, 'Milli.' In 'Mr And Mrs Mahi,' the actor will also reconnect with her 'Roohi' co-star Rajkummar Rao. Aside from this, Kapoor will star in Sidharth Sengupta's directorial debut, 'Good Luck Jerry.'