As the entire country celebrates Janmashtami, here’s a list of five songs from Bollywood that add to the festive spirit. 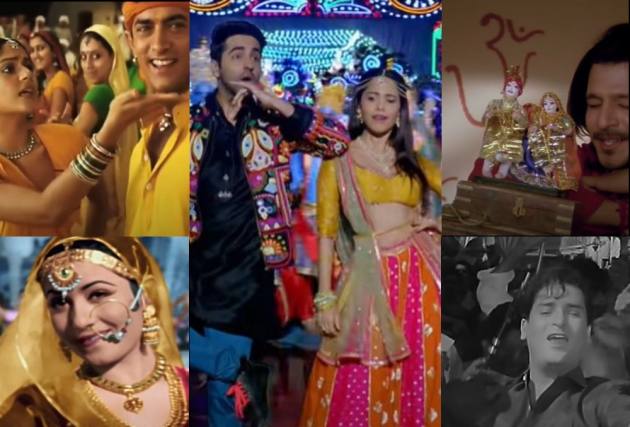 This beautiful song, from the 1960 film, Mughl-E-Azam, picturised on Madhubala still remains one of the biggest hits in the space of Hindi-film music. Composed by Naushad, its lyrics were written by Shakeel Badayuni and sung by Lata Mangeshkar, the song is a beautiful celebration Lord Kirshna’s leela (playfulness).

This upbeat song, from actor Shammi Kapoor’s 1963 film ‘Bluff Master’ captures the right spirit of the festival. Every year, on Janmashtami, this song is played loudly on loudspeakers, especially during the ‘dahi handi’ events, where human pyramids are formed, in an attempt to break the pot full of curd, something that Lord Krishna and his friends did when they stole pots of butter or curd from their neighbours.

This song composed by AR Rahman, sung by Asha Bhosle and Udit Narayanin the Aamir Khan starrer film, ‘Lagaan’, is another song, celebrating Lord Krishna’s playfulness. It is a beautiful amalgamation of the typical Hindi film song, with a hint of Indian classical music, and Rahman manages to capture the emotions of jealousy, playfulness and love perfectly.

Beautifully sung by Sukhwinder Singh, this song composed by Ismail Darbar, with lyrics by Javed Akhtar celebrates the magnificence of Lord Krishna and all his glory. One the most popular songs to be played today, the song was picturised on actor Vivek Oberoi.

One of the more recent songs, around Lord Krishna, picturised on Ayushmann Khurrana and Nushrratt Bharuccha, is another playful song around the relationship between Lord Krishna and Radha. The lyrics, do have a bit of a modern twist, yet celebrate the magnificence of Lord Krishna, with the evergreen flavour of his playfulness.