Janmashtami 2021: Telugu TV Actors Anusha Hegde, Nirupam Paritala and Vishnu Priya Share How They Will Celebrate The Festival This Year

From dressing up as Lord Krishna during childhood, to performing classical dance in temples on Lord Krishna’s birthday, popular Telugu TV actors Anusha Hegde, Nirupam Paritala and Vishnu Priya, talk about their memories of celebrating Janmashtami over the years. 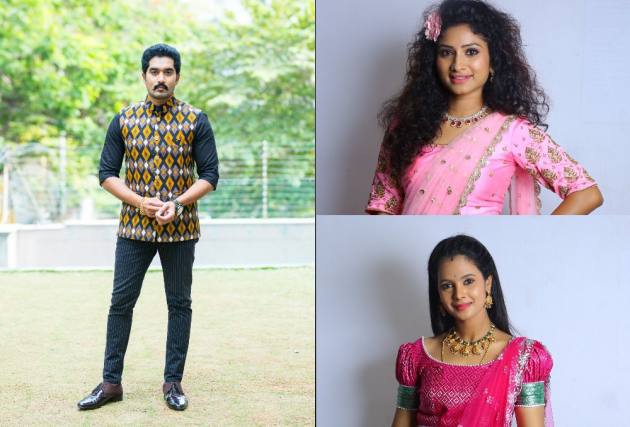 As the majority of the country prepares to celebrate Janmashtami, the birthday for Lord Krishna, on August 29, popular Telugu TV actors, Anusha Hegde, Nirupam Paritala and Vishnu Priya recall their memories while celebrating the festival, also known as Krishnashtami, since they were kids, how they plan on celebrating it this year and all that they have learnt from the teachings of Lord Krishna.

‘Have Never Been Home on Krishnashtami, Ever Since I was A Kid’

TV Actor Anusha Hegde’s ‘best’ memories of celebrating the festival have been her dance performances in the temple, ever since she was a kid. “I was never at home on Krishnashtami,” she laughs.

“I am a classical dancer. Even this year me and my team will be performing a dance at the temple. That has been my best experience of celebrating the festival,” adds Hegde, who is popular for her role in the Telugu TV show ‘Suryakantham’.

“In our family, we are not supposed to have food until the midnight. So I will be fasting for the whole day. Once we break the fast, after offering naivedhya, we will have the traditional food on the day including laddoos and payasam. Appams are a big thing here in Mangalore and Kerala, so we will prepare that as well,” she adds.

For actor Nirupam Paritala, Janmashtami is about being with his family. “It is going to be a very small celebration at home with the family. We will prepare traditional sweets such as Payasam etc,” says Nirpuam who is popular for his role in the show ‘Hitler Gari Pellam’, which airs on Zee Telugu.

As a child, Nirpuam was always fascinated by Lord Krishna’s teachings. He feels that his teachings are still relevant and hopes that other people too, learn from them.

“For me Krishnashtami is all about his teachings. He has said that the ‘one who has conquered his mind, his mind is his best friend and the one who has failed to conquer it, his mind is his greatest money.’ I have always followed this in my life. Lord Krishna’s words of wisdom are contemporary and people of all generations can relate to them. He is probably the first one to teach us about the reality of ‘what goes around comes around’,” he adds.

“Remember Dressing Up As Lord Krishna, just like every other kid’

TV actor, Vishnu Priya popular for her role in the show, ‘Trinayani’, had a “baby Krishna” wallpaper in her phone, when she was pregnant with her first child, Ayansh Varma in 2019.

“Janmashtami and Lord Kirshna hold a very special place in my life. To an extent that my wallpaper was baby Krishna, when I was pregnant with my son, Aayansh,” she says.

“I hope that this year Lord Krishna takes everyone’s worries away, and fills it with love, peace and happiness!” she adds.