Music producer Jay-Z, however did admit that he got a “little uncomfortable” while watching the comedy special, where Chapelle made jokes on the trans community, which did not go down well. 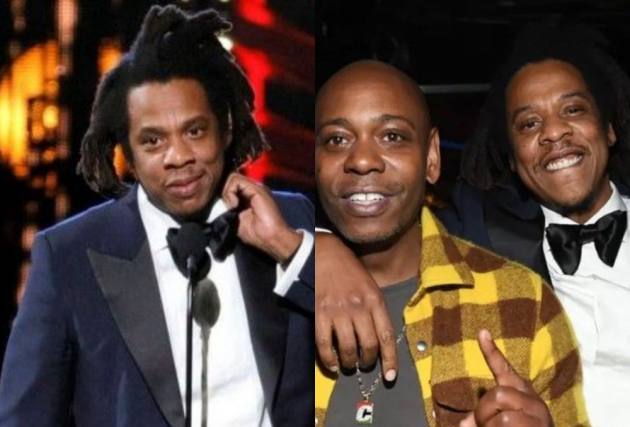 American musician-producer Jay-Z has defended American comedian Dave Chapelle, after the latter’s controversy, following the recent Netflix special ‘The Closer’. Recently, the popular musician, while talking about Chapelle said that the comedian is a “super genius” and brilliant.

Jay-Z, however did admit that he got a “little uncomfortable” while watching the comedy special, where Chapelle made jokes on the trans community, which did not go down well.

“True art has to cause conversation. Sometimes it’s going to be abrasive, something it’s going to be off-putting to folks. But it opens up an opportunity to have a dialogue,” he said. “(He is) super brave and super genius. If you spend time with him, he’s brilliant. I think he pushed a lot of buttons,” Jay Z added.

For the uninitiated, in his last Netflix special, Chappelle labelled himself a TERF (trans-exclusionary radical feminist) while supporting extending support to British author J.K. Rowling, and later went on to make jokes, which were not sensitive to the community.

Following the telecast, Netflix employees staged a walkout, which was joined by a number of Netflix celebrities, including Jonathan Van Ness of ‘Queer Eye’, actresses Jameela Jamil and Elliot Page. Interestingly, after defending the program on social media, Netflix CEO Ted Sarandos later admitted that Chapelle had "screwed up."

In other news, Jay-Z joined Instagram and gained over a million followers in the first few hours itself. However, the rapper for some reason decided to quit the app within a day.