Actor and comedian Kapil Sharma asked actor Shahid Kapoor if he ever sought advice his father and veteran actor Pankaj Kapur's feedback on any of his scenes, including kissing scenes. 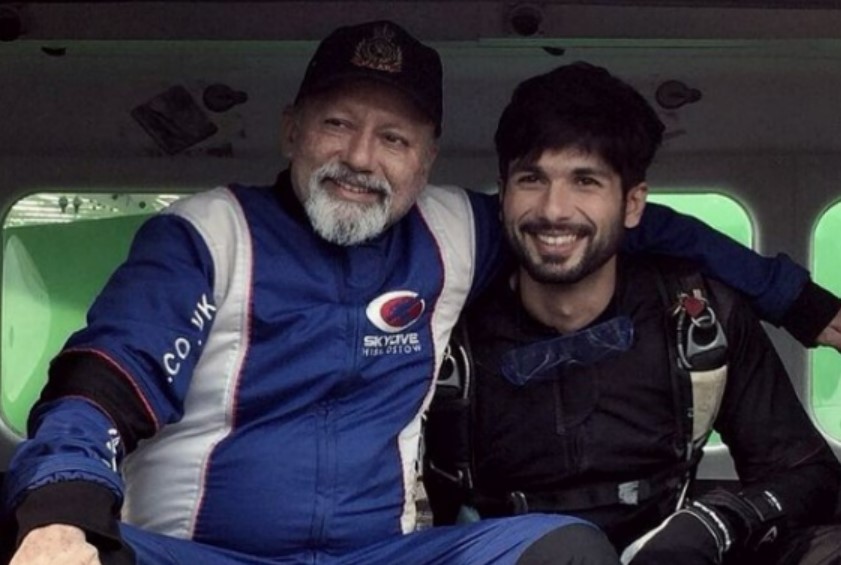 Here's a snippet of the banters that Shahid Kapoor, Thakur and Sharma  shared.

Sharma asked Shahid Kapoor if he takes feedback from his father after scenes. To this, Shahid Kapoor said “I ask him. But it is not his nature to comment on others’ acting. I think it is because he is such a superior actor that he finds others’ acting very bad. He must be thinking that he can’t explain so much to the other person, so it’s better to just praise,” he said in Hindi.

Furthermore, he adds “He is so good as an actor that it doesn’t make sense to ask him. For him, it will always be a bad shot. But sometimes, he says that he liked what I did. And it’s very special for me.”

Sharma was curious and asked  if Shahid Kapoor ever asked Pankaj Kapur for feedback on his kissing scenes. “Tell me one thing. I am doing such a scene and my dad is present there, why will this happen?” he asked.
The 40 year old actor then mimicked Kapur's  possible reaction if he was indeed on the sets during one of his son’s kissing scenes. He jokingly stated “Aur beta, aaj kaunsi shooting chal rahi hai? Oho, Mrunal bhi aayi hai (So, son, what are you shooting today? Oh, Mrunal is here as well). What are the dialogues of today’s scene?”
Adding to it, Sharma imitated Pankaj Kapur and humourously stated, “Actor toh main bade kamaal ka hoon lekin kismat teri badi kamaal ki hai (I am a great actor but you are the one with great luck).”

'Jersey', directed by Gowtam Tinnanuri, is a remake of the Telugu hit sports drama of the same name. Kapoor essays the role of a skilled but failed cricketer who returns to the game in his mid-30s. The film was all set for a theatrical release on December 31. However, the release dates have been postponed due to the skyrocketing Covid and Omicron cases in the country.