Shahid Kapoor's 'Jersey,' which was slated for a release on December 31, has been postponed amid rising Covid-19 cases. 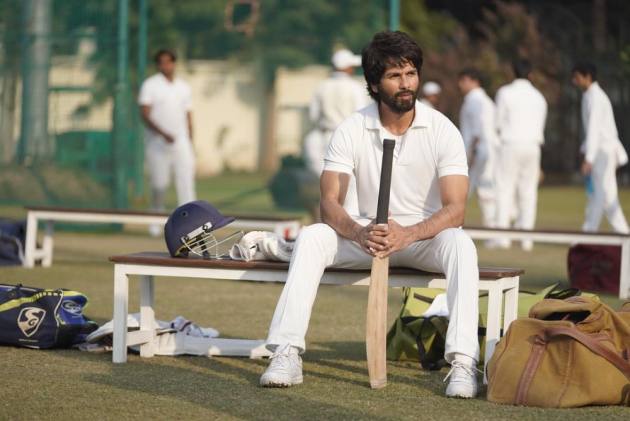 After several delays, Shahid Kapoor and Mrunal Thakur starrer 'Jersey' was set to be released in theatres on December 31. However, due to an increase of Covid and Omicron cases in the country, the film's release date has been pushed yet again. The film's producers have issued an official statement on the subject.

While theatres in Delhi have closed, cinemas in Maharashtra are also running only on 50 percent occupancy. The creators of 'Jersey' have opted to postpone the film's cinema premiere, which was set for December 31, due to these obstacles in the main cities. In an official statement, the makers shared, "In view of the current circumstances and new covid guidelines we have decided to postpone the theatrical release of our film Jersey. We have received immense love from you all so far and want to thank you all for everything. Until then everyone please stay safe and healthy, and wishing you all the best for the new year ahead!! Team Jersey!!”

Directed by Gowtham Tinnanuri, this entertainer is a remake of a Telugu drama by the same name. Kapoor had extensively trained on the field to perfect his role as a cricketer.

Here is the trailer of the film:

In the trailer Shahid Kapoor can be seen as a successful cricketer but isn't doing anything professionally currently, requesting his wife (Mrunal Thakur) for some money, after which she refuses. He takes his son to his cricket training when the kid requests him to give him a cricket jersey as a present on his coming birthday. Kapoor, who is "struggling to make ends meet, wants to satisfy his child's wish" but for that, he has to confront his "heroic past."

Held between dodging his old life and the wish to fulfill his son's wish, Shahid Kapoor approaches his coach (played by his father Pankaj Kapur) and chose to re-enter the game in his thirties.

'Jersey' trailer was a hit amongst fans. Prior to the trailer's premiere, Shahid Kapoor sent an emotional statement on Instagram. It can be read, "ITS TIME! We have waited to share this emotion with you for 2 years. This story is special. This team is special. This character is special. And the fact that we get to share it on the big screen with you all is special. I don’t have words to express my gratitude. I hope you all feel what I felt when I played him. Here we go (sic)."