Jimmy Sheirgill: The Pandemic Has Been A Teacher To Me

Actor Jimmy Sheirgill talks about things he learnt during the pandemic, preparing for his role of a cop in his recently released film ‘Collar Bomb’ and his experience of shooting for it during the ongoing coronavirus pandemic. 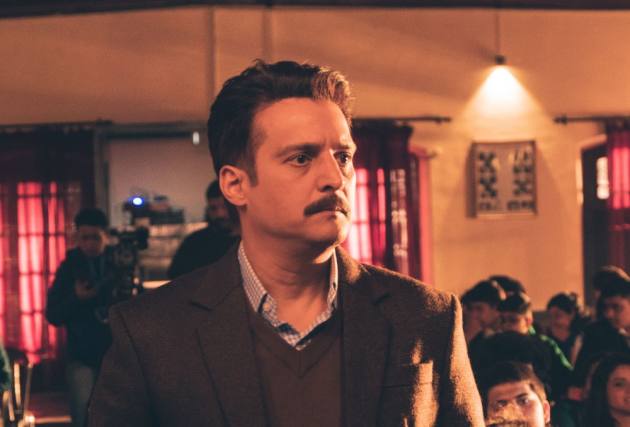 Actor Jimmy Sheirgill essays the role of police officer Manoj Hesi who is caught in a race against time in the recently released film ‘Collar Bomb’. In an interview with Outlook, Shergill talks about the shooting of the film, preparing for the role and adjusting to the new normal due to the ongoing pandemic. Excerpts:

How was your experience of shooting for the film since it was shot after the first Lockdown?

The filming happened after the first lockdown opened up. And we shot the film last year from mid-October till December. Shooting took us a little more time because of the pandemic. Things had opened up, but there were certain protocols that had to be followed. We were shooting in a bubble. Since it was an outdoor shoot, it took us more time and we were following the Covid protocols to the T.  ‘Collar Bomb’ was my first movie after the lockdown. Everything was very different from a regular shoot. Otherwise, what happens is we go for thirty to thirty-five days and do the shoot and come back. The same story which could have taken a shorter time, took a little longer because everybody had to be cautious.

Film Industry Is The Most Democratic Community In India: Vikrant Massey

How did you prepare for your role of the police officer, Manoj Hesi?

The lockdown gave me a lot of time to look after my health and get into a good fitness regime because to be fit was very important to play the part of a police officer. As far as the preparation of the particular role is concerned, the entire production team were really excited and enthusiastic. They had done so much of hard work on the script already that it made your job easy. The detailing that went into visualising the character was amazing. My job was to just play the part.  Manoj Hesi is a police officer and father too and I am playing a grey character.  That’s the beauty of the story. The main story is going to kind of shock the audience once they watch it.

How do you feel about ‘Collar Bomb’, and movies in general, releasing on OTT platforms?

Looking at the visuals one can actually make out that it would have done brilliantly on the big screen. But then there were no other options. People choosing the OTT over cinema in the future is a very difficult situation to talk about right now. As an actor for me I feel there is another option for us with the OTT coming in other than just doing theatrical films. For the audiences too it’s a big boon because they can sit at home and they have the option of watching more content on OTT.

What has been your biggest learning during the pandemic?

It’s been a teacher to me. We had a lot of time to sit back and think over things. I would like to say that it taught me that nothing is in our hands.  It gave me the time to become a better human being. And most importantly since I had the time, I tried to be a better father and a husband!