Jimmy Sheirgill: It’s Easy To Think That Actors Have It All; We All Have To Work To Earn Money

Actor Jimmy Sheirgill has been doing some fantastic work back to back on varied OTT platforms. The actor is finding his due in this new medium and he seems to be enjoying it. 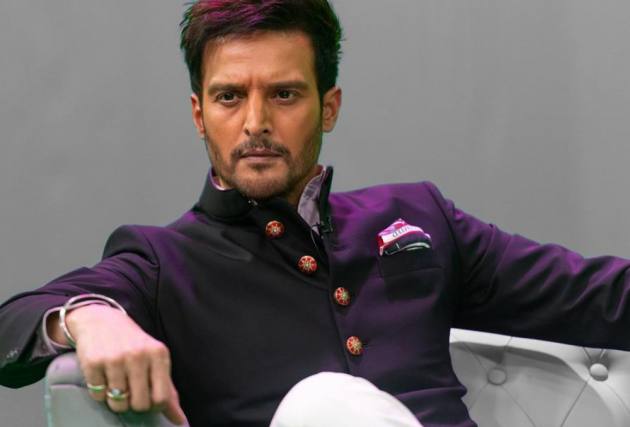 Actor Jimmy Sheirgill has been constantly coming up with back-to-back content on the new-age OTT platforms. Whether it's web shows or films on the web, he has been backing them all and has been garnering great responses for almost all his digital projects.

In a candid chat with Outlook, Sheirgill speaks up about shooting for the varied OTT platforms, why are they becoming so popular with actors, the challenges that he is facing in these platforms, and how he has been coping with the shoots in this 'new normal'. Excerpts from the chat:

How do you gauge this new medium of OTT? What is different in this which you were probably not getting enough of in the films or TV?

I am thoroughly enjoying it. I have done one series which was called ‘Rangbazz’ and then I did the first season of ‘Your Honor’ and then I did one film ‘Collar Bomb’ and now the season 2 of ‘Your Honor’ released. All these experiences that I had on the OTT platform were great and I am enjoying it a lot because I see quite a lot of interesting stuff is being made on this particular medium. There are new kinds of concepts and stories and it is a great thing for actors.

Do you think actors who were not getting enough work in films from the mainstream are finally getting their due?

I can’t really say anything about dues because I think for me it is long overdue and to complete that due, it will take some time (laughs). Jokes apart, I think whatever it is, it’s a nice start and I am enjoying all this. I have a show coming up with Netflix also and we will talk about it when they announce it but it is nice and it’s quite interesting and fun to work on. But at the same time, we are also doing movies. I have got two films in Punjabi which are already ready.

OTT definitely has proven to be a great time for actors. But does that also come with a lot of challenges, as you have to constantly re-invent yourself?

I have never done anything of this sort even in films. Even in films, at the beginning of my career, in the first couple of years itself I started doing stuff which was very different like ‘Munna Bhai’ because whatever be the case, I was conscious that I would get branded as a lover boy or chocolate boy kind of an actor. That is a big example that I took at that point of time when I was doing solo lead films and films with two heroes and then all of a sudden I did a character completely different from the others in ‘Munna Bhai’. I took that path of choosing side roles than choosing the lead roles. I did this from the beginning itself and after that I never let myself be branded as a particular kind of actor. As far as the approach is concerned, I think the series that I have done, I have done it with people who have been makers of films only. All the technicians and all have been a part of films at some point or the other. I sometimes feel that we are all shooting for a film, it is just a bit lengthy. A film ends in 2-3 hours at max, a series that may include 12 episodes will be at least 9-10 hours long. I feel that is the only difference and other than that, I see no other difference between films and OTT.

As an audience, what kind of content do you watch on OTT?

How difficult is it to shoot in this 'new normal'?

Things are much better now, but I think when we started shooting for ‘Your Honor 2’, comparatively the things were not that great. There were too many protocols that had to be followed. We had to start the shooting and pack up within a certain time period. People working were also very scared because no one was vaccinated. It was something that was everybody’s bread and butter. It is very easy to think that the film actors and people from the industry have it all and they have lots of money, so they have nothing to fear. It is not like that; we all have to work to earn the money. The situation is the same for everyone. We also need to go out and work. We are not mad that we will unnecessarily go out during these difficult pandemic times. We had to work with a lot of discipline and we abide by all the necessary protocols and take all the necessary precautions. Things were not that great at that point and we lost very close associates from the show to this pandemic. It was really sad. Every time we would go to a certain place and suddenly there was a lockdown or curfew over there, we had to come back to Bombay. Somehow we completed the show. It took us a long time, we had to face a lot of set-back but we completed the shooting.