John Abraham, who came to promote 'Satyameva Jayate 2' on the set of 'KBC 13' with Divya Khosla Kumar, got teary-eyed. 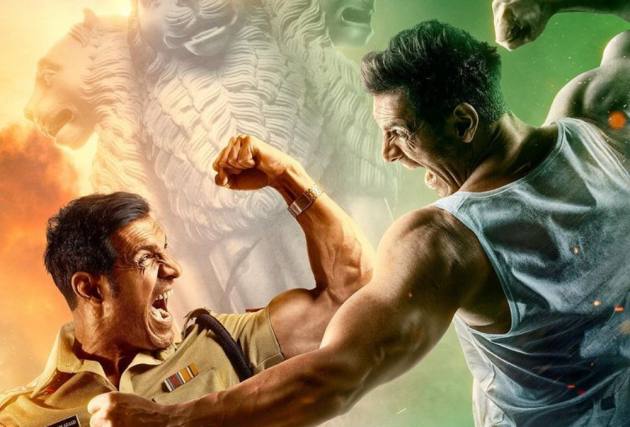 In a new preview for 'Kaun Banega Crorepati 13' forthcoming 'Shaandaar Shukravaar' episode, host Amitabh Bachchan welcomed 'Satyameva Jayate 2' stars John Abraham and Divya Khosla Kumar to the hot seat. The trailer has its share of humorous moments, but it ended on a sombre note.

It began with the actor recreating some action moments and demonstrating some football techniques. Bachchan failed when he attempted to spin the ball on his finger.

As the audience applauded, Abraham likewise lowered his top to reveal his abs. Jokes were exchanged between the two. Following the release of 'Dhoom', Abraham visited the Bachchans' home and reminded Amitabh Bachchan of their meeting.

John was also seen crying in the KBC 13 promo. What caused him to cry, though, was not revealed.

On Thursday, Abraham's new film, 'Satyameva Jayate 2', was launched in theatres. In the film, he plays a father as well as his identical twin sons. 'Satyameva Jayate 2' director Milap Zaveri previously stated in an interview with The Free Press Journal that he planned to put John in the roles of the twins, Satya and Jay, but realised that the father had the 'strongest role.'

'Satyameva Jayate 2' is produced by Bhushan Kumar's T-Series and Emmay Entertainment and features Nora Fatehi in a special song.