John Abraham's 'Satyameva Jayate 2' To Release On May 13, To Clash With Khan's 'Radhe'

John Abraham can be seen featuring a double role in the film evident in the poster shared by the actor on Twitter. 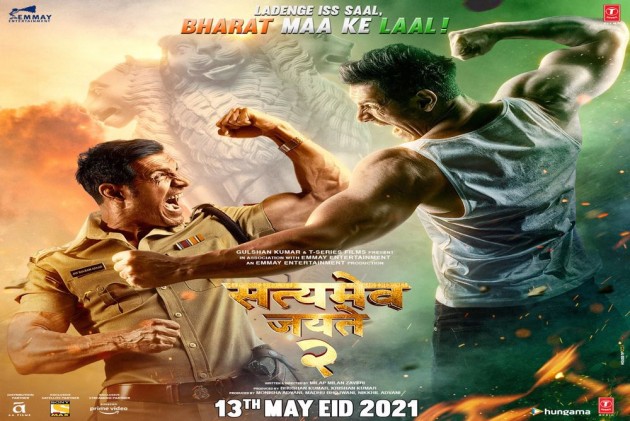 John Abraham starrer action drama "Satyameva Jayate 2" will now arrive on Eid, a day early on May 13, in cinema halls in the country.

Directed by Milap Zaveri and a sequel to Abraham's 2018 hit, the movie will now clash with Salman Khan's "Radhe: Your Most Wanted Bhai" which is also scheduled to be released on the same date.

Abraham can be seen featuring a double role in the film evident in the poster shared by the actor on Twitter.

Salman Khan's 'Radhe: Your Most Wanted Bhai' To Release On May 13

"This Eid, it's Satya vs Jay, as ladenge iss saal, dono Bharat maa ke laaal (this year, the fight is between two beloved sons of India). #SatyamevaJayate2 releasing on 13th May 2021," the 48-year-old actor tweeted.

The sequel, a departure from the original's Mumbai setting, will see Abraham's character fighting corruption in Lucknow.

Recently, Khan also confirmed the release date of "Radhe" and announced that he will honour his commitment to release the film on Eid, synonymous with a release featuring the Bollywood superstar.