The father-son duo enacted a scene in which Hrithik Roshan's character Rohan approaches Johnny Lever and Himani Shivpuri to inquire about his elder brother Rahul, who is played by Shah Rukh Khan. 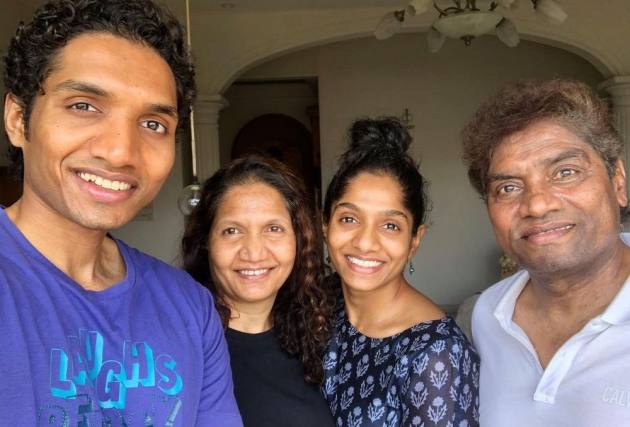 Actor Johnny Lever and his son, actor Jesse Lever recreated one of the most iconic scenes from 'Kabhi Khushi Kabhi Gham' in which they originally featured ahead of the film's 20th anniversary. The father-son duo enacted a scene in which Hrithik Roshan's character Rohan approaches Johnny Lever and Himani Shivpuri to inquire about his elder brother Rahul, who is played by Shah Rukh Khan. Jesse Lever portrayed Johnny Lever's on-screen son Ghasitaram in this scene.

Johnny Lever, who shared the video, wrote, “20 years ago we shot this special scene with @jesse_lever @hrithikroshan @himanishivpuri from #kabhikhushikabhigham Congratulations to @karanjohar ji & the entire team!”

Jesse Lever said the scene will always be special to him as it was the first time he shared screen space with his father. “#haldiramkathodakhiskahai- #ghasitaram. #20yearsofK3G. This scene will always be special, because the first one always is. With Daddy @iam_johnylever @hrithikroshan sir @karanjohar Sir @hshivpuri Ma’am. Also thank you @punitdmalhotra for casting me in this huge film! #kabhikhushikabhigham,” he wrote on Instagram.

To mark the 20 years of the film, Johar invited its fans to be a part of the celebration as he shared on Instagram, “It’s going to be 20 years and I still feel the euphoria of having this film release on the big screen and people going to watch it. But I feel the impact sank in for me much later. And that feeling hasn’t stopped ever since,” Karan Johar wrote, adding, “I see all the videos, all the occasions this film’s music is a part of, all the dialogues people have now inculcated in their daily life and of course – the fashion!! At the heart of it, I also see that after all this time – it’s all about loving your…family!”

Kabhi Khushi Kabhie Gham was released on December 14, 2001. It starred an ensemble cast including actors Amitabh Bachchan, Jaya Bachchan, Kajol, Hrithik Roshan, and Kareena Kapoor Khan among others. Over the years, the film’s songs and dialogues have gained popularity among cinephiles.