Jun Ji-Hyun's On Being Part Of 'Kingdom: Ashin Of The North': It's Truly An Honour

Jun Ji-Hyun, who will appear in 'Ashin of the North', revealed that she enjoys the popular zombie-thriller series 'Kingdom'. 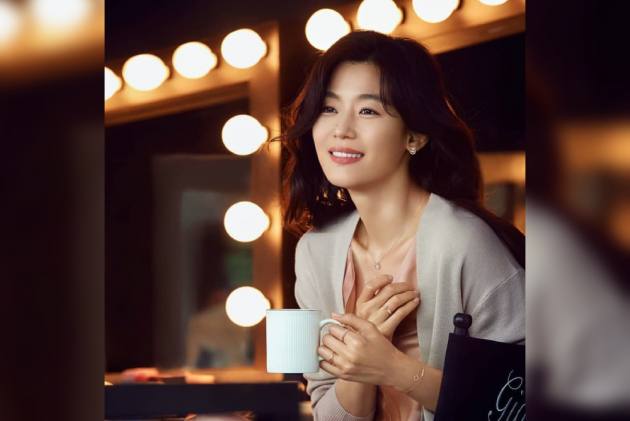 Jun Ji-Hyun also known as Gianna Jun by her non-Korean fans is popular among the K-Drama community around the world. Well known for her parts in the hit K-dramas 'My Love from the Star' and 'Legend of the Blue Sea' is also a part of Netflix’s upcoming 'Kingdom: Ashin of the North'.

She says it was an honour to feature in the upcoming series which is a prequel to the hit Netflix series “Kingdom,” which is currently in its second season. It's a special episode dedicated to Jun Ji Hyun's character Ashin, who appeared briefly towards the end of the second season.

Jun, who portrays the eponymous warrior in the special episode, claimed she was prepared "in terms of the character's body or stamina" before taking on the role of Ashin. The challenge, however, was to interpret her motivations.

"I tried to focus mostly on how to interpret the personal anguish and hurt, which we in Korean refer to as 'Han' and how to interpret that emotion into wanting to avenge for the whole land of Joseon," she said in a global press conference from Seoul.

The official logline for the 92-minute series, which is set to premiere on Netflix this Friday.

Adapted from the webcomic series 'The Kingdom of the Gods', which was authored by Kim Eun-hee and drawn by Yang Kyung-il, the original drama is a fictional show set in the medieval Korean dynastic kingdom of Joseon. It masterfully uses the zombie pandemic as a storytelling device to explore the universal themes of politics, power dynamics, and corruption.

The actor said she was not scared of the actors dressed as zombies and was keen to meet them face to face.

"When I got there on the set, I realised just how much trouble all of the actors were going through in order to present themselves as convincing zombies. And I don't know if I can say this, but I begged them for pictures as well. So I was able to take pictures with zombie actors and really brag about it to my friends and family," she said.

Jun said she loves 'Kingdom', an internationally popular series from South Korea, as it does not depend on star power but on "an immaculate script, amazing direction, and fascinating art".

"'Kingdom' can be referred to as a total or comprehensive art in its own form. And it's truly an honour and it brings me great joy to think that something like 'Kingdom' was created in Korea and is brought to the entire world," she added.

As someone who came to the beloved series at a later date, Jun said there was a lot of "positive pressure" while working on the show.

"I didn't want to make it look like I was just kind of joining and enjoying the ride that was propelled by what was already a great show before I joined. I really tried to focus more on bringing everything I had into the series."