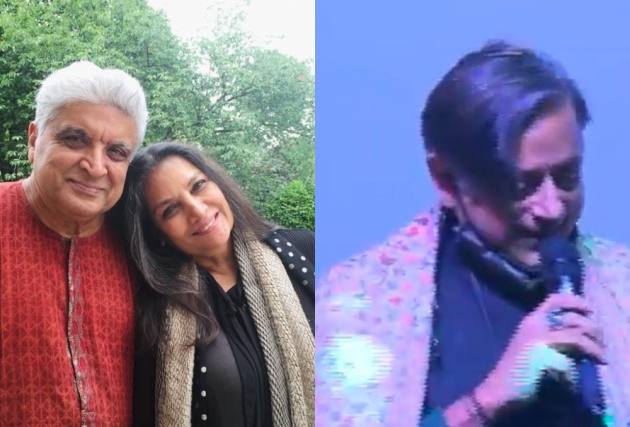 Actor Shabana Azmi has asked social media users “to chill” after they tried to troll her husband, noted lyricist and screenwriter, Javed Akhtar , for poking fun at Shashi Tharoor’s singing skills in Hindi.

The veteran actor took to Twitter on Tuesday night, and clarified that Akhtar's tweet to Tharoor 'was in pure jest', as the two are very good friends. She even complimented Tharoor on his singing skills.

And all those trolls just chill . Shashi Tharoor is a good friend and Javed’s remark was in pure jest ! https://t.co/NsYKOPyM1a

For the uninitiated, on Monday, Akhtar had poked fun at Shashi Tharoor, after the latter had posted a video of himself singing Kishore Kumar’s song ‘Ek Haseena Se’ during an event. Akhtar had seemingly joked about Tharoor’s command over the language. Many users had slammed Akhtar for making fun of the former minister.

Wow ! We have almost a similar song in Hindi too !!!

Prior to this incident, over the weekend, Akhtar had found himself in a controversy after he compared Taliban and several Indian political parties such as Shiv Sena and the RSS.

“The Taliban is barbaric, and their actions are reprehensible, but those supporting the RSS, VHP and Bajrang Dal are all the same,” he had said in an interview to NDTV.