Stand-up comic Amit Tandon talks about his unique style of ‘clean comedy’, source of inspiration for his jokes, his mission to make Covid patients laugh and much more 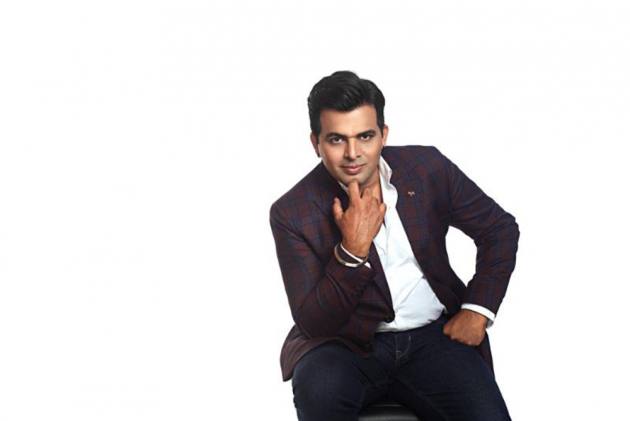 Belonging to a rare species of stand-up comics, Amit Tandon, is one of the few performance artistes whose comedy appeals to all age groups right from Gen Z to Baby Boomers. Solely driven by wit, his jokes about being middle-class, parenting and marriage are devoid of cuss words, earning him the "clean comedian" tag.

With more than 1,200 shows across India and 50 plus international performances in 12 countries, the 45-year-old ‘married guy’ of Indian stand-up comedy hasn’t let the pandemic stop him from spreading some cheer amid all the tragedy unfolding in the country.

In an interview with Outlook’s Intifada P Basheer, Amit Tandon shares his experiences of coping with the pandemic, his virtual sessions for Covid-positive patients, source of inspiration for his scripts and much more. Excerpts:

Q) Tell us about your #TalkPositive sessions

During these sessions I invite people, who have tested Covid-19 positive and are under isolation and we just talk to each other. Initially, these sessions were just 30 minutes long but now they have stretched to an hour. People from all over India and at times those living outside the country also join us.

My aim behind these sessions is to have a light chat and try to make people forget all the pain they are going through. In fact, every session is like a support group by itself, where we motivate and try to make each other laugh.

And considering the times we are living in, it’s very mentally exhausting but I just try to ensure that everyone has a good laugh. I have done 15 sessions so far and talked to 350-400 people.

Q) The one thing that’s become a norm ever since the pandemic broke out is work from home. But as a comedian how do you do that?

I have done a few corporate shows, which I have performed from home. I have also been working on a couple of assignments for a few OTT platforms and I have a podcast that will come out in a couple of months. Yes, my earnings have gone down but fortunately bread and butter has not been an issue.

Q) Has it been hard to find humour and inspiration for scripts during the pandemic? How have you been coping?

It’s been very tough. I wouldn’t say I have been coping very well. When the first lockdown was imposed last year, I was okay with it because prior to that I used to travel a lot and missed out on quality time with my family.

But the second lockdown has been mentally exhausting. There have been days when I felt that there’s no light at the end of the tunnel. I even tried to work out just to feel better. So honestly, I haven’t been coping very well (laughs nervously).

It’s tough to sit down and write a joke with such a mindset. I have had people, who attended my session and the next day someone in their family died. All this takes a toll and I am just trying to push myself and write whatever I can.

Also, I am trying to help people and hoping that it will help me feel better. I try to do that through these shows, fundraising and by amplifying requests on social media.

I have also been watching a lot of TV to distract myself from all this.

Q) Where do you find inspiration for your scripts from?

Most of it comes from my family which is why most of my comedy is about being middle class, managing kids and parents and finding a balance in my married life.

Q) And that has given you the “clean comedian” tag, as people of all age groups enjoy your show. Have you consciously made efforts to maintain that sort of image?

At first it wasn’t a conscious decision because when I started comedy, I already had kids and I was living in a joint family set up with my parents. So, I was not used to using cuss words in front of kids or seniors and even when I got on stage I felt uncomfortable if I ever used such language.

But once I started getting messages from people saying ‘it’s good that we we can watch your comedy with our family because it’s clean’ I made a conscious effort to stick to this style. 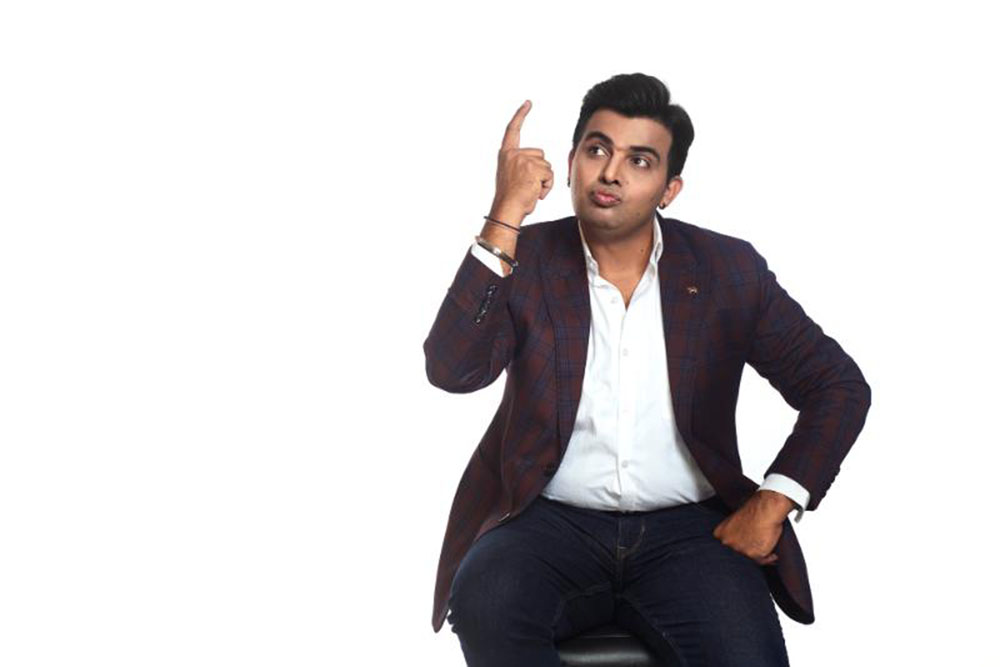 Q) Do you think the stand-up comedy scene in India will change once all the Covid-19 curbs are lifted?

At the beginning of the pandemic, many people thought that a lot of comedy will shift online, but that’s not been the case. There’s still a lot of demand for live shows.

But what might change is the attitude of a lot comedians. Earlier, many of us just tried to do as much work as possible and we spent all the money we earned without thinking of savings.

But I think in the next few years, hopefully we will see a lot of performance artistes save money because we have seen them get hit very badly right now because they had no fixed income and they have lost whatever work they had.

So, I think there will be a mindset change among performance artistes with the realisation that live entertainment is not a guaranteed source of income.

Also, everyone should just stay at home. We see people running from one place to the other standing in queues to find oxygen cylinders. I am getting messages from my family friends, who spent hours outside crematoriums to cremate their relatives.

No one should go through such pain. So, just stay indoors. But don’t let that stop you from talking to your family or friends. If you are separated talk to each other via video call. Because talking to each other helps improve our mental health. This is all the two cents I have to give.

Q) What’s the first thing you will do once we are past this pandemic? Any shows/tours we can look forward to?

I have a one-hour special that’s ready. I will record it and release it a while. I am in talks with a few OTT platforms regarding that. I also have a podcast ready that will come out in June on Spotify.

And I am working on a show with Gursimran Khamba. We are almost done shooting it. It will be released in 3-4 months.

And finally, I’ll go on a vacation with my family, which we kept postponing for over one year.